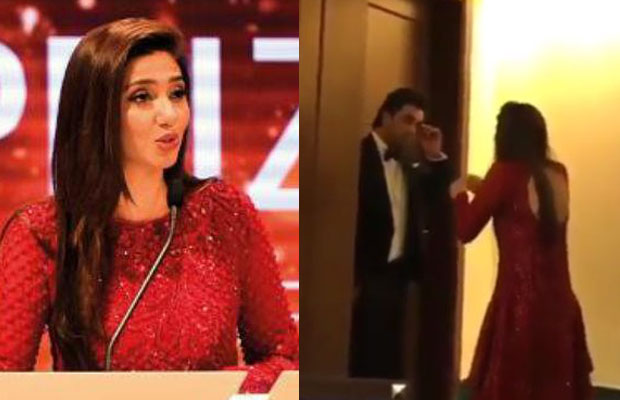 The social media was buzzing with a video of Ranbir Kapoor and Pakistani actress, Mahira Khan.

There was a video where Raees actress Mahira Khan was seen pleading Ranbir Kapoor. It doesn’t come as a surprise that netizens were playing the guess game of what could the Raees actress possibly pleading to Ranbir for or did they have an argument.

For the uninitiated, a video of Mahira’s animated conversation with Ranbir from a recent event in Dubai. Their photos, where they are posing for shutterbugs, went viral and so did their inaudible Instagram video.

Mahira took it upon herself to clear the air and the backstory of the video. So seems like Mahira was running high fever and therefore intended to skip it and the Kapoor lad too wasn’t expected to arrive. But Mahira went for the event and so did Ranbir and she was feeling rather happy and excited that she finally got to meet Ranbir Kapoor.

Mahira put the specuations to rest and said that she was only generally talking to Ranbir about work. She even recalled telling Ranbir that she had so wanted to promote her Bollywood debut film, ‘Raees’ with her co-star Shah Rukh Khan on either side of the border but couldn’t do so because of the political tension.

The animated video was nothing but an extension of Mahira’s personality. That is how animated she usually is and now this explains all the elaborate hand gestures.

Guess the whole thing got blown out of proportion and was taken out of context. But seeing two such good-looking actors together, didn’t we all make a silent wish for their association? Maybe not a Bollywood movie, but some international endorsement or project? Let’s hope!!

Here are more videos of them together and they look inseparable right from the red carpet to backstage: