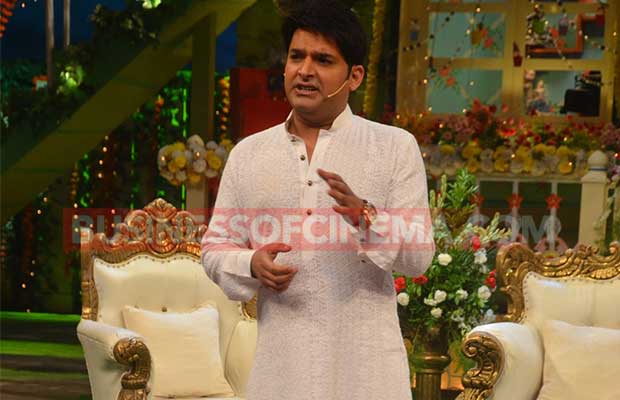 Sunil Grover and Kapil Sharma’s fight is taking a new twist and turns and this time, there are chances that the show will not be aired on Sunday.

Comedians Sunil Grover, Chandan Prabhakar, and Ali Asgar have boycotted The Kapil Sharma Show. After Kapil and Sunil Grover’s ugly fight, things have changed for the star comedian. Kapil had to publicly apologize to Sunil for his ill manner towards him. However, Sunil is in no mood to forgive and return back on the show.

Sunil then wrote back to Kapil by saying, “You are the wittiest and the best in your field. But don’t act like a God’.” Post Sunil and Kapil’s fight, the show is getting a new angle with every passing day.

Now as per latest reports, it is being said that TKSS will not be aired on Sunday and yes, Sunil Grover is NOT the reason. Reportedly, Indian Idol grand finale will be telecast on Sunday at 8 PM and so, there are chances that the episode might extend beyond its scheduled air time. There are possibilities that the makers of The Kapil Sharma Show have to skip the Sunday episode. However, there is no official confirmation regarding the same.

Nonetheless, with too much drama revolving around the ugly fight and the show, it seems Sunil Grover might not return back. Sunil is currently in Delhi and is prepping up for his show there along with Kiku Sharda. Recently, Sunil also took to twitter and hinted something that talked about his plans to start a new show.

Watch: Sunil Grover SPEAKS UP On Returning To The Kapil Sharma Show!