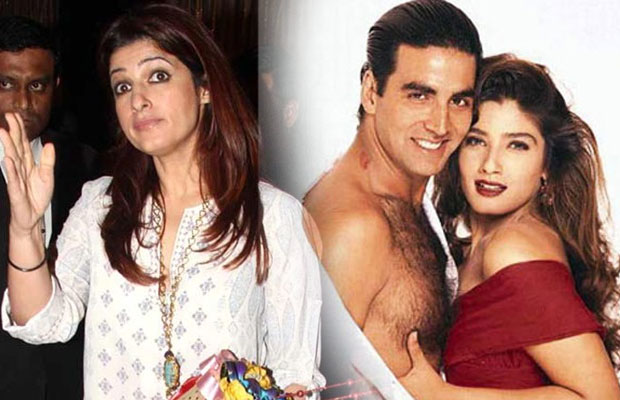 The man behind, Padman told Twinkle Khanna that she is a look-a-like of ‘Raveena Tandon.’

As we all know that Twinkle Khanna is set to work on her film, ‘Padman’ with hubby Akshay Kumar, for which the shooting has already begun. Twinkle Khanna is producing the film, meanwhile, Akshay is taking the lead along with Sonam Kapoor and Radhika Apte in the film.

Twinkle Khanna in a recent interview with HT said that she was able to meet ‘Muruganantham’ after eight months of chasing. She then adds that, while having a conversation with Murugantham, he told me that I am a look-alike of Raveena Tandon.

Twinkle Khanna quickly replied by saying, “I was about to drop his story”, she added another joke to it, “I received a bag at home and told that it had pampers in it” and ended the look-alike thing. We expect Twinkle to stay witty as ever.

Padman’s story is about an entrepreneur named Arunachalam Murugantham, who is the producer of low cost sanitary napkins for women in rural areas and gets credited for the same later.  The release date for “Padman” is not out as yet, keep reading BusinessofCinema to know what happens next.