New Padmavati poster featuring Deepika Padukone has been unveiled and the release date mentioned is not December 1st!

Controversies surrounding Deepika Padukone, Ranveer Singh and Shahid Kapoor starrer Padmavati are just not dying down. The new poster release by Team Padmavati definitely shows that the makers are unaffected by all talks going around the town. Although we are sure you were as enamored by Deepika’s beauty as we were but did you notice the release date on the poster— November 30th?

Yes, the release date on the new poster is not December 1st but is November 30th. Now we all are bewildered as to why the release date of the movie of would be pulled back by just a day? The possible reasons for preponing the film can include unrest in the states of Gujarat and Rajasthan. 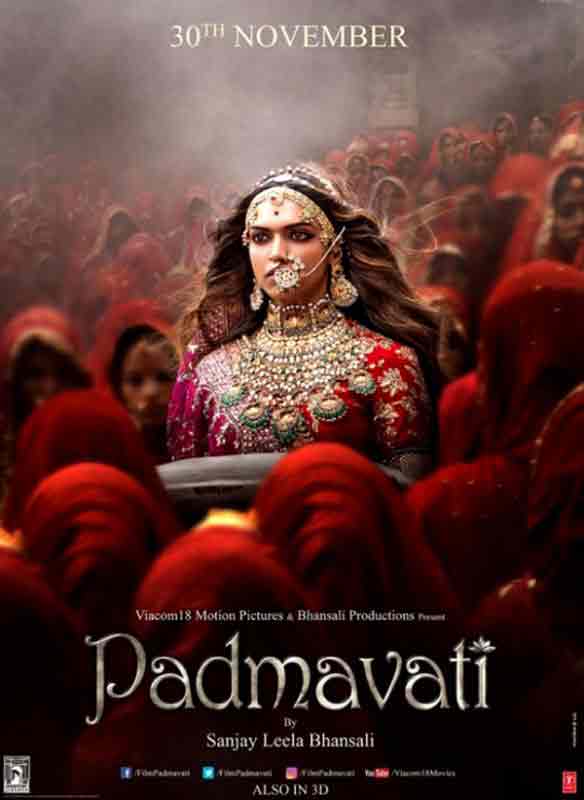 When Padmavati’s shooting began in Jaipur, Rajput Karni Sena based in Rajasthan was responsible for vandalizing magnificent sets, destroying elaborate costumes and manhandling the director Sanjay Leela Bhansali. Karni Sena is hell bent on making sure that Padmavati does not release in Rajasthan as they feel the makers of the film are portraying Queen Padmini in poor light.

As for Gujarat, according to reports, Kshatriya community has sent a letter expressing disapproval to BJP Vice-President I.K. Jadeja on behalf of few selected districts of Gujarat. The reason is that they feel that the historic film will portray a distorted version of the rich cultural history. Another reason can be BJP’s expressed opinion that Padmavati should not be released till after Gujarat’s Legislative Assembly elections that are to be held on December 9th and December 18th this year.

However as reported by Bollywood Bubble, the poster is targeted for the UAE audiences and not for the Indian audiences. So it has been cleared that Padmavati is set for its UAE release on November 30th so it can enjoy an extended release weekend. As for the Indian release, the date is still December 1st.