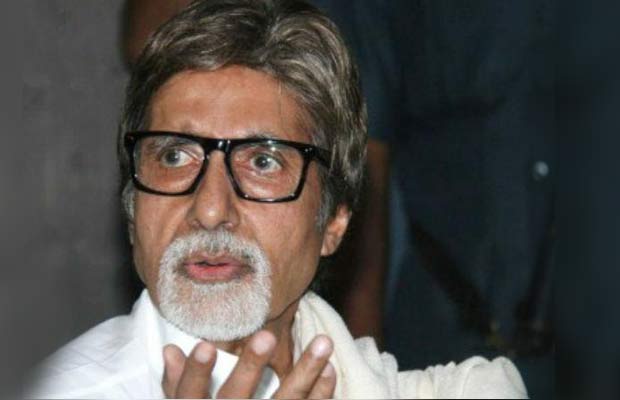 [tps_footer]Bollywood’s megastar Amitabh Bachchan, recently received ‘Best Actor’ award for his superhit film Piku. The actor, who is quite active on twitter, expressed his feelings after receiving the award at the recently held Star Screen Awards.

With a happy moment, on the other hand Big B also shared a painful tweet on his health front. Recently during the shooting of his upcoming film Te3n in Kolkata, megastar Amitabh Bachchan injured himself.  Now after days, the actor took to his twitter handle to tweet, “Ok on the rib front…just back from CT Scan, rib is damaged…will take time to heal, all else well.” 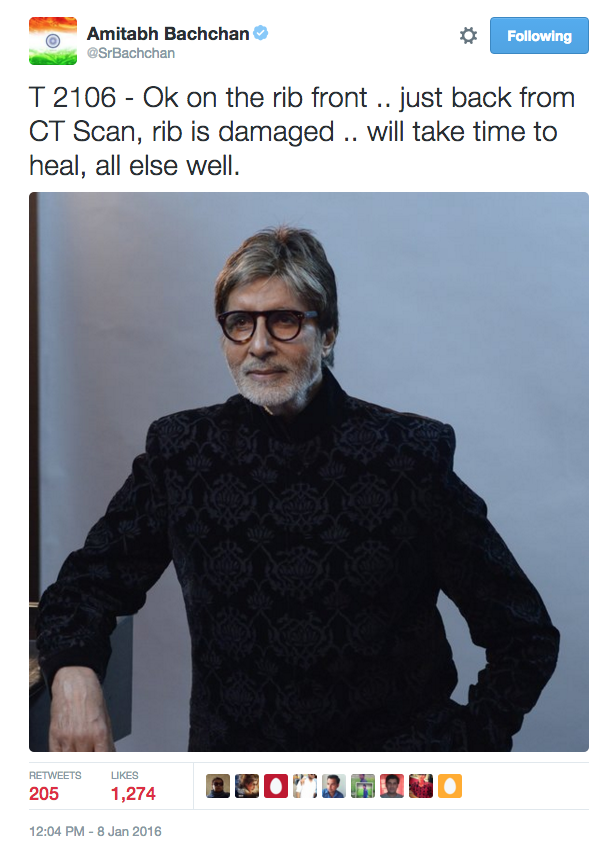 In his next tweet, Big B added saying that there is nothing to worry and that he will resume with the shooting of Te3n in Kolkata. “No worries… no issues…just…!! back to Kolkata tomorrow and ‘TE3N’ shoot… life is continuous!” the ‘Piku’ actor added. 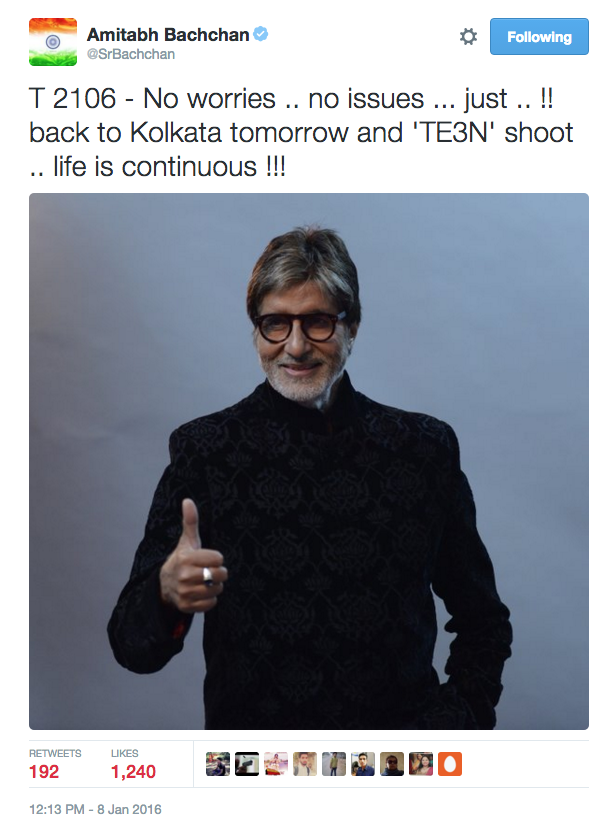 Last year, during a press conference, Big B had also made a shocking revelation on how he was an acute patient of hepatitis B and had almost lost 75 percent of his liver. Bachchan revealed how he contracted the disease and how it led to the damaging of about 75% of his healthy liver. The actor stated that since the time he contracted the disease, it remained undetected which led to this stage where he only has 25% healthy liver left.

Well definitely Amitabh Bachchan is a brave person and an inspiration to many. Since an actor of his stance has come forward and talked about his disease, surely it is a good step towards spreading awareness about the same.

Talking about his upcoming film Te3n, Not much has been revealed about the storyline of the movie. But, it is said that the movie is a remake of a hit Korean film Montage. The film also stars Vidya Balan and Nawazuddin Siddiqui in the lead roles. This would be Vidya Balan’s second movie with Nawazzudin and director Sujoy Ghosh after the 2012 release ‘Kahaani’.[/tps_footer]