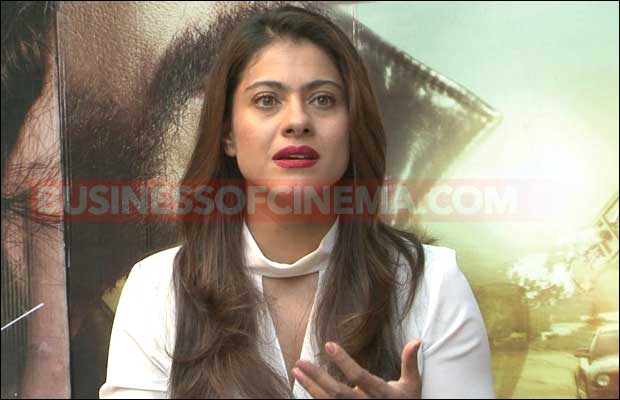 [tps_footer]Shah Rukh Khan and Kajol’s Dilwale has released today on December 18 and all the eyes are currently at the Box Office. The film is in a big competition with Sanjay Leela Bhansali’s Bajirao Mastani as both the films have released today on the same date.

Though both the films have released on the same date, Rohit Shetty’s Dilwale is believed already a hit as Kajol has become a good luck for the film. It is said that whenever Kajol trips on the sets during the shooting of the film, it is a belief that the film is going to be hit and happy one. As ‘luck’ would have it, Kajol did slip and fall during their Iceland shoot, which left Rohit Shetty happy.

On Comedy Nights With Kapil show, Kajol’s co-star Shah Rukh Khan elaborated on the incident that happened during the of shooting of the film Dilwale.

SRK said, “Kajol and I were cycling for a particular shot in KKHH and Kajol fell down. The same happened during Dilwale. After falling, for an hour-and-a-half, she couldn’t recognise anyone. Then we called up Ajay Devgn and she immediately recognised his voice. She spoke to him for quite a long time and then she was fine.”

Well, Kajol has maintained her record of falling in her all films and has continued to do it in Dilwale too. Now only Box Office numbers would decide if Kajol’s fall accident turns to be lucky for Rohit Shetty’s film or no.[/tps_footer]