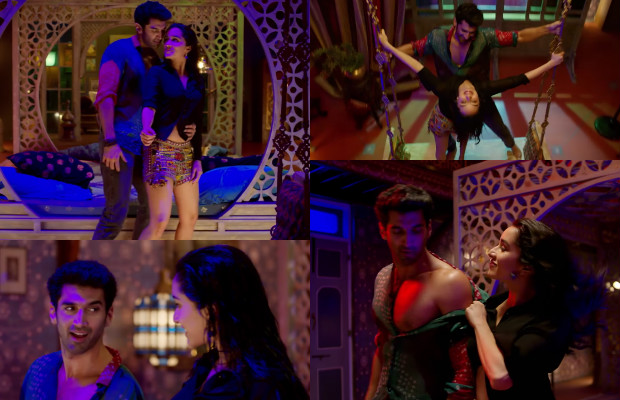 After the amazing trailer, the makers of OK Jaanu have released the first song of the film, “The Humma Song” featuring leads stars Aditya Roy Kapur and Shraddha Kapoor. Yes, this is the same song that you are thinking of. The song is a remix version of A R Rahman‘s popular song Humma Humma from Bombay with Badshah’s rap. One can say, MASTERED piece has been REMASTERED again!

The sensuous chemistry between Shraddha Kapoor and Aditya Roy Kapur in this brand new song from OK Jaanu‘s The Humma Song is eye-grabbing and one can’t stop watching them dancing. The song is looking every bit of magical with Aditya and Shraddha Kapoor hot dance moves. The foot-tapping beats are the life of the song and there is no denying that A R Rahman is as relevant and contemporary even today. The visuals the lights and the camera work is magical and instantly capture the attention.

Directed by Shaad Ali, OK Jaanu is a story of Adi & Tara who move to Mumbai to pursue their dreams. A chance meeting sparks off a heady, no strings attached romance until their careers pull them apart. Produced by Mani Ratnam, Hiroo Yash Johar, Karan Johar, & Apoorva Mehta, OK Jaanu is releasing on January 13th, 2017.