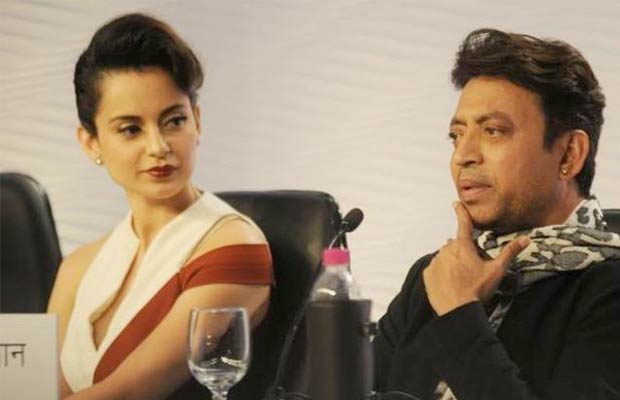 [tps_footer]In a rather awkward turn of events for Kangana Ranaut, actor Irrfan Khan simply dodged the question with a subtle negation when asked if he would act opposite Kangana in a film.

Irrfan who is known for his powerful screen presence and ace acting films in addition to being an obvious choice in front of the who’s who of Bollywood like Amitabh Bachchan, Deepika Padukone, Aishwarya Rai Bachchan to name a few.

The actor in a recent interview to promote his upcoming film was put in an uncomfortable spot by the interviewer.

Irrfan Khan was asked if he would like to work with Kangana Ranaut in the future.

The question which was directed rather unexpectedly put Irrfan in a fix who simply said, “Even she wants to be a hero and so do I.Now how can there be two heroes in one film?” subtly dismissing the possible association.

Seems like BTown is preferring to keep a safe distance from Kangana Ranaut, who has found herself attracting various controversies.
[/tps_footer]