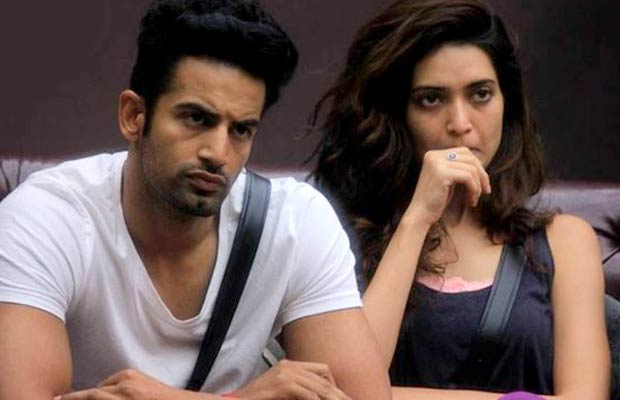 [tps_footer]Upen Patel and Karishma Tanna‘s love story started in the reality TV show Bigg Boss season 8 and since then it’s been tagged as a jodi not made in heaven but for publicity. Although they both denied to be in a relationship for publicity and kept saying they love each other but we still find it hard to believe Upen and Karishma as even they are confused if they want to be together or not? Upen Patel and Karishma Tanna showed their love and chemistry in the next reality show Nach Baliye as well but even then the doubts on the relations just went on and on. Sometimes trying to prove something too hard can also ruin it and at times many of us fail to understand this.

Recently, Upen Patel tweeted about parting his ways from Karishma Tanna and even Karishma posted a picture online which targeted on the ‘unsolved issues’ between Upen and her that has led to their break-up. But, now Upen has something else to say and he is contradicting himself and the breakup news he tweeted on his own. No reactions from Karishma yet, but we feel Upen‘s mind is pretty messed up if he can’t figure it out if he is in a relationship with Karishma or has clearly parted ways from her. Upen Patel said that both of them have taken a break from their relationship and they will come back as a couple better and stronger than before.

Now you all know where do the rumours and speculations come from? So many stars themselves give out misleading, wrong and bogus news to the media and then blames us for spreading the wrong piece of information. That’s so manipulative! But, we just hope next time Upen will think ten times before he tweets anything about his relationship with Karishma, whether they stay together or take a temporary break from each other or just end their relationship for good, otherwise it will prove Upen and Karishma are being hungry for publicity than for love. Don’t you feel so?[/tps_footer]