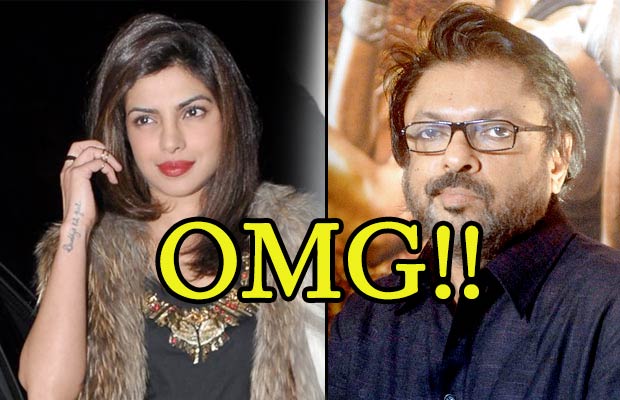 [tps_footer]Bollywood and Hollywood’s much-loved actress Priyanka Chopra has made us very proud of her and all her achievements so far. Priyanka has worked with director Sanjay Leela Bhansali in Bajirao Mastani starring Ranveer Singh, Deepika Padukone and she has even performed an item song Ram Chahe Leela in another epic flick directed by Sanjay Leela Bhansali titled as Goliyon Ki Rasleela: RamLeela. PC is aware of the way SBL likes working and how particular he is about his shoot dates and all the details related to his projects then why Priyanka Chopra is delaying the shoot of Sanjay‘s upcoming movie which she was supposed to start shooting from last 2-3 months?
Yes, Priyanka has been very busy shooting for her international projects but she needs to fulfill her work commitments in India as well. For now, PC is trying to complete all her ads and endorsements work which has been pending since the time she started working for Quantico and later she bagged first Hollywood movie Baywatch as well. Now she is back but PC won’t be in India for too long because she will have to leave for shooting the second season of Quantico and after that, she can resume shooting for Sanjay Leela Bhansali‘s next movie.

Well, it’s amazing to see the way Priyanka manages her work committments, time and focuses along with good energy. No wonder whay a director like Sanjay Leela Bhansali who has all the A-List actots and actresses waiting for him to do a movie with them is so sure of doing another movie with Priyanka Chopra although she is so busy and unavailable for now. But, SBL is not ready to replace PC with any other actress and he is ready for her to get free from all her work committments and shoot for his upcoming movie.[/tps_footer]