Bollywood is busy celebrating the 51st birthday of Salman Khan at his Panvel farmhouse and the party is still on. Many prominent faces of the industry attended the event but there was a star that caught the limelight. He was none other than Sushant Singh Rajput and his ‘M.S. Dhoni: The Untold Story‘ co-star Kiara Advani.

Sushant was seen greeting his onscreen wife Kiara with sweet kisses as they reunited after a long time. Kiara also uploaded a picture on her Instagram page and captioned it as, “This is what happens when you meet @sushantsinghrajput after a long time #SushAttack.” 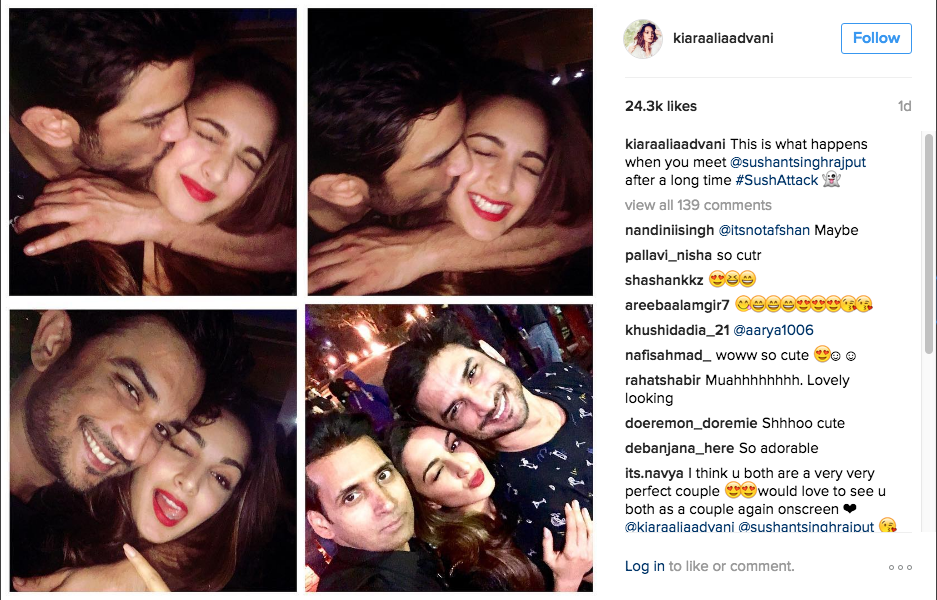 The pictures look adorable where some great off screen chemistry was seen between the actors. Kiara played Sakshi Singh Dhoni, wife of Indian cricketer Mahendra Singh Dhoni, in the biopic.

Previously Sushant’s name was also linked with ‘Heropanti’ actress, Kriti Sanon but both of them denied the rumors.

This picture certainly gave some ‘oh la la’ moments for the Sush fans as they both looked cute together.