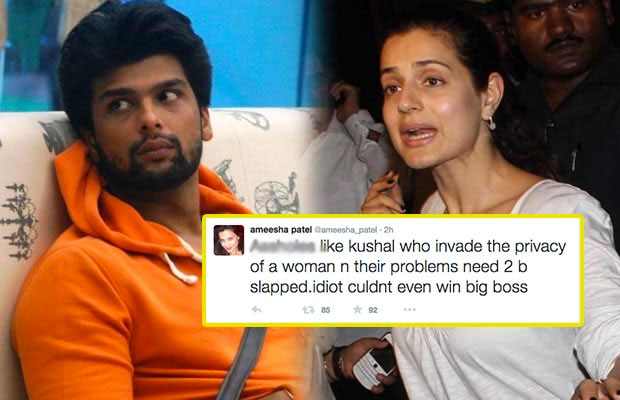 Kushal Tandon who was badly annoyed with Ameesha Patel’s behaviour on not standing up during the national anthem, made him to speak up publicly. Kushal Tandon took to his twitter handle claiming that she did not stand up during the National Anthem just when it was playing before the movie started at PVR Juhu. He also mentioned that initially he thought that there was someone handicap sitting and might me due to this she might have not stand but when he looked down closer, he found it was Ameesha Patel who was doing something in her phone according to his tweet. 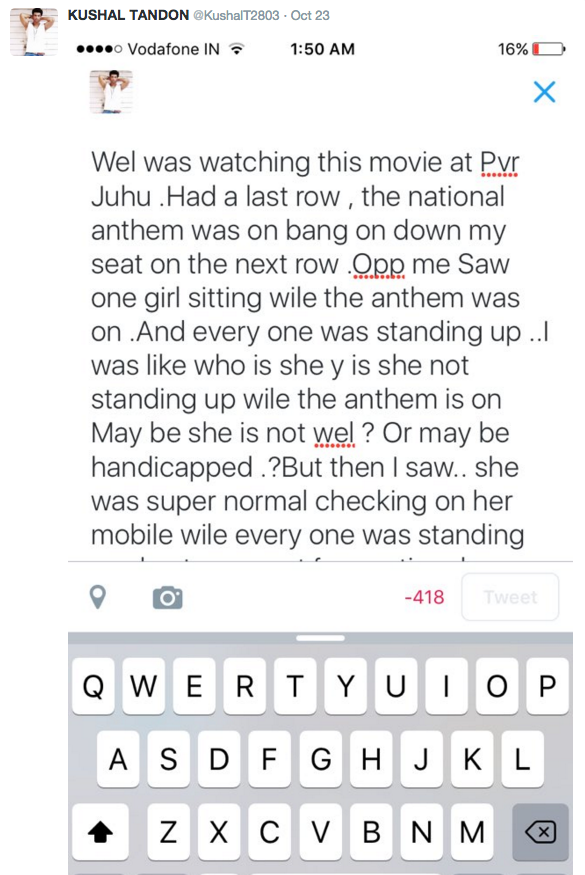 Kushal Tandon literally slammed Ameesha Patel on twitter but Ameesha was not behind in defending herself and her tweets just put us in shock and shame where she is giving a very silly reason. The actress tweeted saying that because of Kushal she had to speak about her ‘girly problem’ and so she didn’t stand during the National anthem.

Getting annoyed over Kushal’s tweet, she aggressively added more in the series of her tweets. Ameesha also asked that all women should slap Kushal and that she was waiting for the film to start and address her ‘girly problem’ in the bathroom. Like seriously, is your reason so valid?

Is looking pretty all that the actresses care about? Well, we say respect your country and that’s how people will respect you and yes Kudos to Kushal!

Tale a look at her shocking tweets! 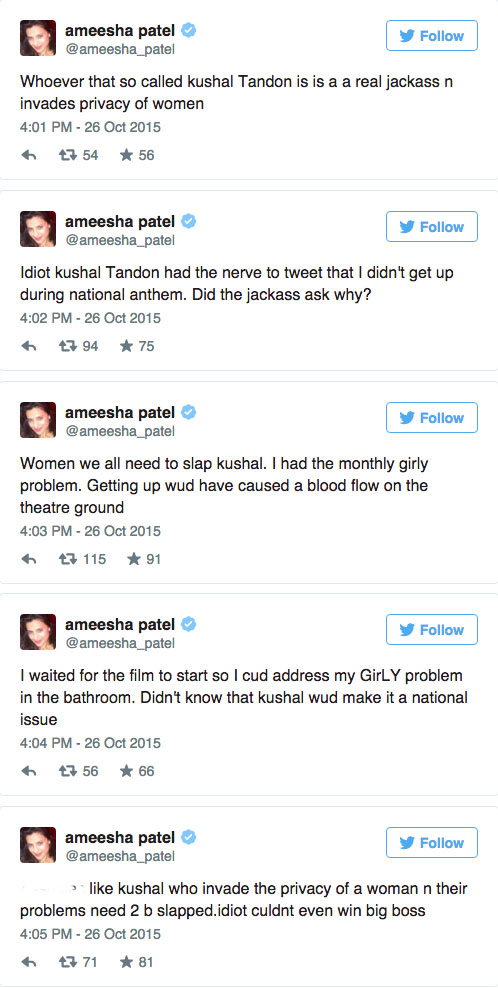 Well, Kushal Tandon has something to reply Ameesha after her such tweets and must say he was best at being sarcastic in her tweet! 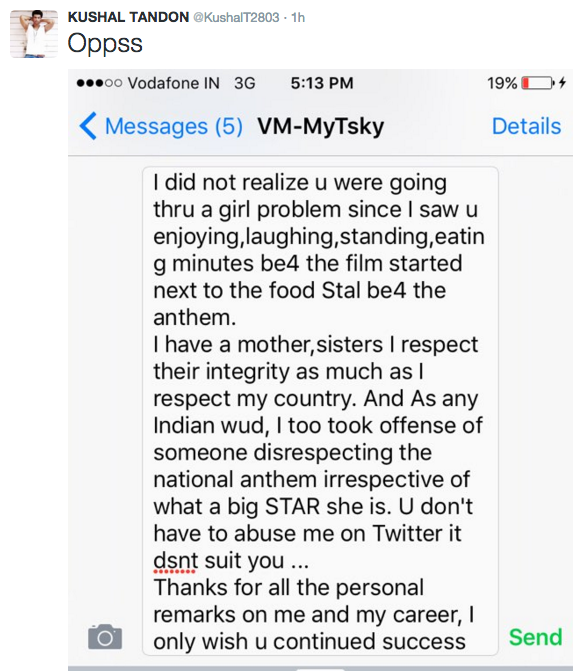