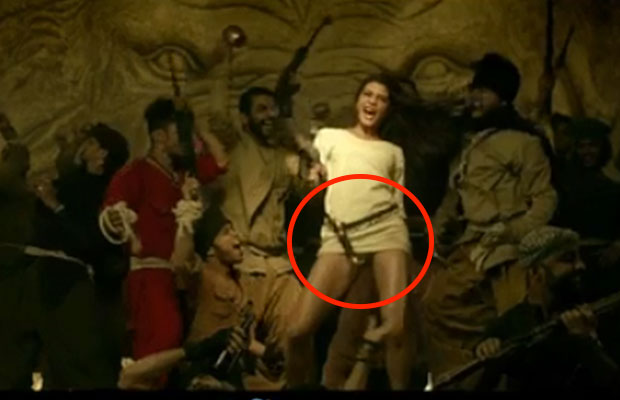 [tps_footer]Jacqueline Fernandez, Varun Dhawan and John Abraham are all geared up for their film ‘Dishoom’. The trailer of the film has released and also the glimpse of one of the songs has released. Lately many films have suffered the brunt of religious communities. Seems like, ‘Dishoom’ too has landed in a minute hassle. The film has generated loads of curiosity amongst the masses but has also irked the Sikh community.

When you party like you’re gonna get fired! Let’s Dishoom This July @TheJohnAbraham @Varun_dvn@Asli_Jacqueline pic.twitter.com/mnXJEQUiT8

The teaser of the first song of the movie Sau Tarah Ke was unveiled yesterday. The short track sees Jacqueline dancing in a glamorous way with bad men surrounding her. Well, even though the masses are going gaga over the track there is something which is not liked in the same. 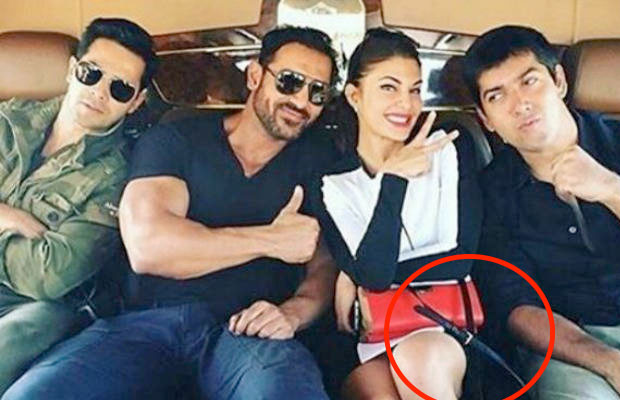 The gorgeous actress Fernandez is seen wearing a Kirpan on her waist in the glimpse. The Sikh community members are not at all happy with the same. Kirpan holds a religious value in the Sikh community as one of the five compulsory Kakaars. The community has claimed that the stated is an insult to the religion and it is inappropriate to wear a Kirpan in that manner.

Reports now state that the Gurdwara Management Committee’s general secretary Manjinder Singh Sirsa has written an open letter to the Censor Board Chief Pahlaj Nihalani regarding the matter. The religious authorities have stated that they want the song Ishq Ka Marz removed from the film.

Manjinder not only directed his angst in the open letter but also wrote a long post on the social networking site Facebook. He wrote, “Objecting strongly to the ‘Beadbi’ of Kirpan, a pious symbol of Sikhism we asked Sh. Pehlaj Nihalani, the chairperson of Central Board of Film Certification, to instruct the removal of the video of a song titled “Ishq Ka Marz” from the upcoming movie “Dishoom”. The song depicts a semi-clad actress, Ms. Jacqueline Fernandez, dancing with a Kirpan, one of the five compulsory Kakaars worn by a practising Sikh; dangling in front of her legs and supported by a cloth belt worn around the waist by the actress and thereby made the mockery of the sacredness and respect of the religious symbols of Kirpan.”

He further continued, “This act is hurting sentiments of Sikhs as we have already received numerous complaints in this matter from various Sikh bodies. I request CBFC to instruct director Rohit Dhawan to immediately remove all the trailers/videos of the aforesaid song uploaded at youtube.com or other websites; either delete the song from the movie or re-shoot its video sans the wearing of Kirpan supported by the actress and to instruct the director and cast of the movie to make public apology to the Sikh community for the deliberate insult done to a respectable Sikh religious symbol. If CBFC fails to take appropriate action in this context, DSGMC will be compelled to initiate criminal proceedings against the director and case of the ‘Dishoom’ as well as against the CBFC.”

Well, we hope this issue gets resolved quickly![/tps_footer]