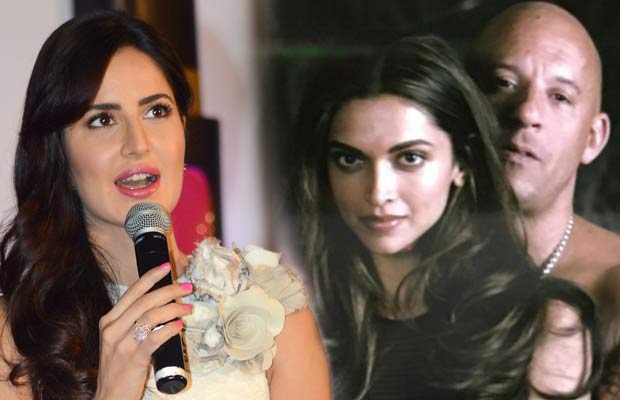 Talking on the same, the actress stated that as everyone is going to Hollywood, her competition is becoming less here. Katrina Kaif in a recent interview with media said, “I have realised recently that as everyone is going to Hollywood, my competition is becoming really less. So, now is the time for me to sit here and by default get the roles which will become more available. I think now is the time to capitalise on the good characters.”

Well, her comment seems to be taking a dig at Deepika Padukone or might be post her break up with Ranbir Kapoor, this seems to be her promotional strategy. Earlier during Ranbir and Deepika’s Tamasha release, Katrina who never talks about Deepika, openly took a dig at Deepika to promote her estranged boyfriend’s film. So can we assume this is another promotional strategy tactic? Well, we never know!

Talking about her upcoming film Fitoor, the film which stars Katrina and Aditya Roy Kapur in the lead roles, is an adaptation of Charles Dickens’ celebrated novel ‘Great Expectations’. Directed by Abhishek Kapoor, ‘Fitoor‘ will hit the screens on February 12.[/tps_footer]