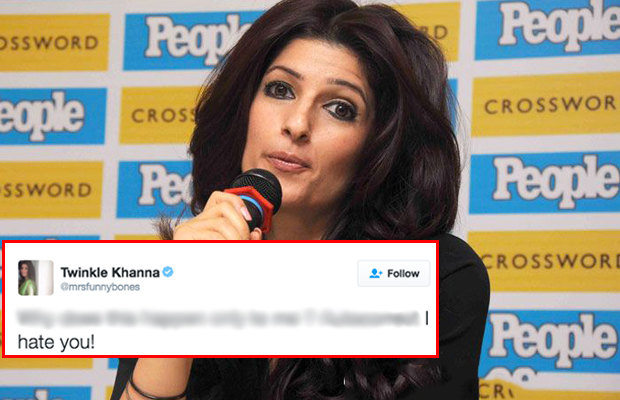 Your phone sometimes oversteps you and puts you in a situation especially if you have the dictionary auto-correction on! It happens to us and it also happens to celebrities. Actor and author Twinkle Khanna found herself in such an embarrassing situation.

Twinkle Khanna, using a messaging app, was mere complimenting her friend on how lovely she looked in a ‘white’ dress. But, the phone didn’t agree and autocorrected it to something else, something pretty scandalous!!

Finding humour in small things in life and sharing it, Twinkle Khanna took to Twitter to share the screenshot of the chat and involve her fans and followers in a little snort. 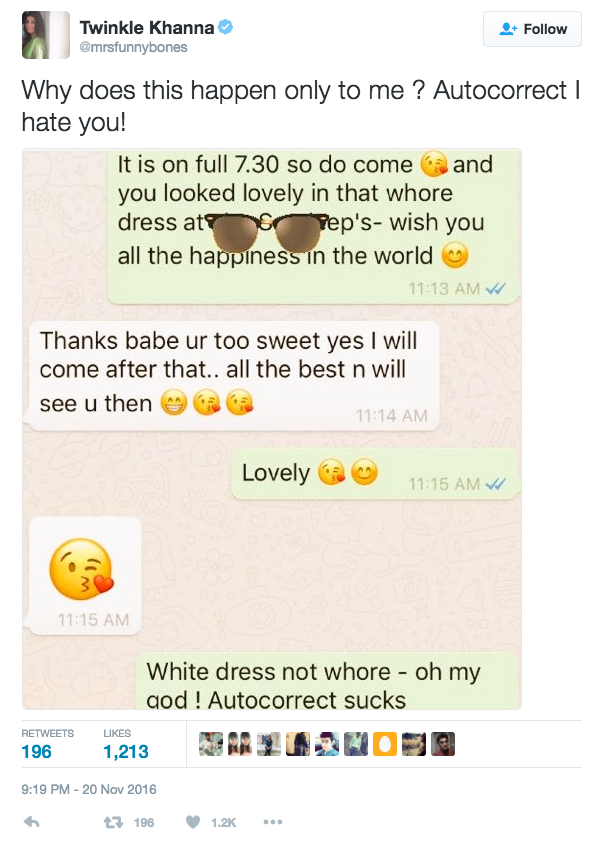 Here is the screenshot she shared on the micro-blogging site.

Oops! That’s a little weird one, isn’t it?

And Mrs. Khiladi, you are not the only one who is a victim to this monstrous thing.

Twinkle Khana who is establishing herself as an author as well, has just released her second book titled ‘The Legend of Lakshmi Prasad‘ after the smashing success of the first book, Mrs. Funny Bones.