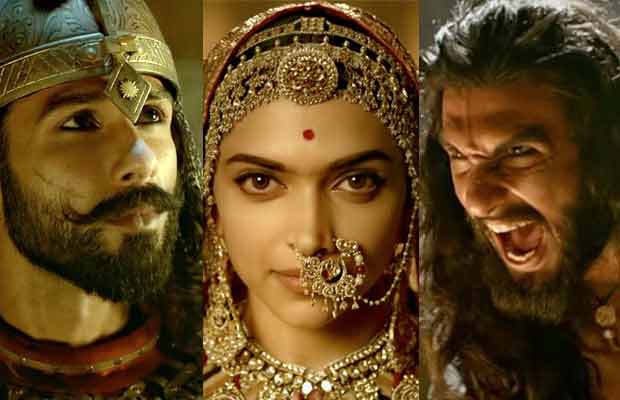 Sanjay Leela Bhansali’s Padmavati starring Ranveer Singh, Shahid Kapoor and Deepika Padukone in the lead roles is facing issues ever since it was announced. The film has again found itself in the midst of a fresh controversy. According to reports, Bharatiya Janata Party (BJP) is seeking a delay in the release of the film. The reason behind is said to avoid hurting sentiments of the Kshatriya community and to ‘alleviate tensions’ ahead of the Gujarat elections. They have asked to stop the release of the film till the things are not solved.
The members of Rajput Group alleged distortion of historical facts by the filmmaker. A romantic angle between Padmavati (played by Deepika Padukone) and Alaudin Khilji (played by Ranveer Singh) is the issue of contention. However, stars, as well as the makers of the film, had earlier assured that there is no love angle between Ranveer and Deepika’s character in the film Padmavati.

Recently, Gujarat politician Shankersinh Vaghela announced his desire to view the film in advance and the same request has been made now by BJP as well. A report in HT reads that Jadeja said the party would like the Election Commission “to arrange for a pre-release viewing of the film by select Rajput representatives to alleviate their raised tempers and provide fair opportunity to prevent unnecessary tension ahead of polls”.

A Times of India report quoted Manubhai Patel, president of Multiplex Owners’ Association – Gujarat (MOAG), that he has received a letter from Shree Rashtriya Rajput Karni Sena. “There is still a month to the release of the film and such disputes are usually resolved. However, we don’t know what the outcome will be considering the upcoming elections in the state.”

Gujarat elections will start from December 9 to 14!