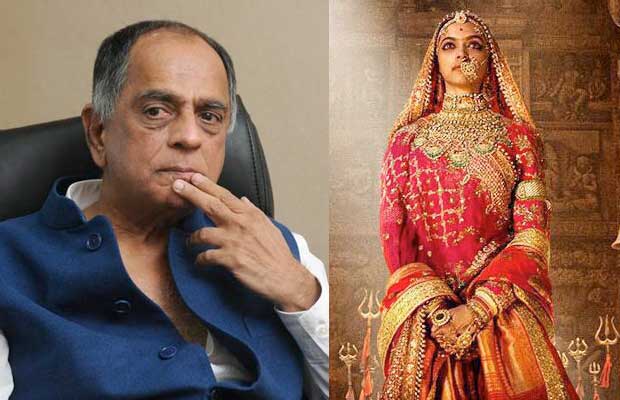 Talking about the Padmavati issue, Pahlaj Nihalani thinks that the CBFC panel is shying away from its job!

On one hand, the film Padmavati is facing backlash from different fringe groups across the country. On the other hand, the film has not yet been cleared by the CBFC. On the same matter, the former chief of CBFC, Pahlaj Nihalani has given his opinion.

The current chairperson of the board, Prasoon Joshi, after consulting the Union Minister Uma Bharti, has decided to give its decision on the film after consulting specialists and historians.
Nihalani, while talking to News18, said, “This is the job of the panel members who have been nominated by the government. Delaying the decision is shying away from their job. There is no if and but, approving the film is the responsibility of the censor board, not public or the government.”

The former chief added on saying, “I have never done something like this in my tenure. I have never delayed a film. Small or big, all films are important to the CBFC.”
According to the guidelines provided to the board, they can appoint an expert panel to certify a film. But Nihalani thinks that this cannot be a reason for delaying the decision.

Referring to the film Chitoor Rani Padmini (1963) starring Sivaji Ganesan and Vyjayanthimala, he said, “No question or objection was raised back then and the Censor Board cleared it.”

He also talked about the controversy of Udta Punjab saying, “We offered to clear ‘Udta Punjab’ with an ‘A’ certificate and some cuts which we thought would not hamper the flow of the narrative. We didn’t waste time, thereby delaying the release date.”

Many states including Madhya Pradesh and Rajasthan have already banned the film.

Talking about their Chief Minister’s statement, he said, “Unless certificate is not issued, no state can make ‘jumlas’ like ‘we’ll cut it’ or ‘we’ll not let it release.”