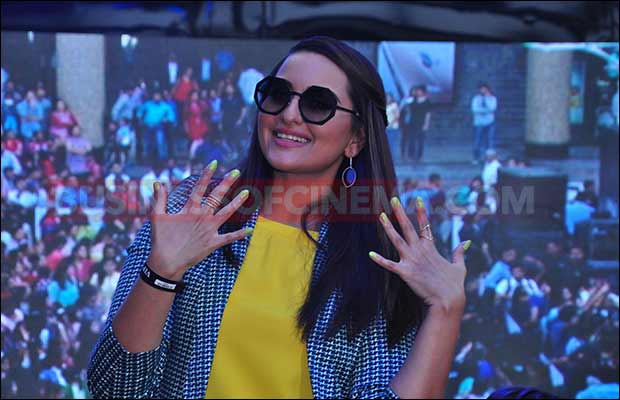 [tps_footer]It’s a great news ! It’s always a pleasure to know when Indian artists are respected and given opportunities in other countries too. Especially, when we have so much of love and respect for Pakistani artists it’s always a sweet moment to know our neighboring country is also showing love instead of a ban and hatred. Most of us have loved Pakistan’s handsome hunk Fawad Khan, Ghazal Maestro Ghulam Ali and more but this time, Pak will fall in love with our Sonakshi Sinha.

This time our dear Asli Sona a.k.a Sonakshi Sinha is ready to star in a movie titled as Noor which is an adaptation of a Pakistani novel based on comedy crime-thriller genre, “Karachi, You’re Killing Me” written by the Pakistani journalist-writer Saba Imtiaz and it will be directed by Ad filmmaker Sunhil Sippy. The copyrights of this upcoming flick already given to a popular Pakistani production banner.

Currently, Sonakshi is busy shooting for her two upcoming movies Akira and Force 2 opposite John Abraham. Sona will share the screen space with Konkana Sen Sharma, Anurag Kashyap and Amit Sadh in Akira. It’s been reported that for her role in Force 2, Sona has been learning martial arts and she will be fighting against the corrupt police officer played by director Anurag Kashyap. Interesting !

It will be a delight to watch Sonakshi Sinha sizzling the Pakistani silver screen along with ruling the hearts of her Indian fans. We wish you more success Sona ![/tps_footer]