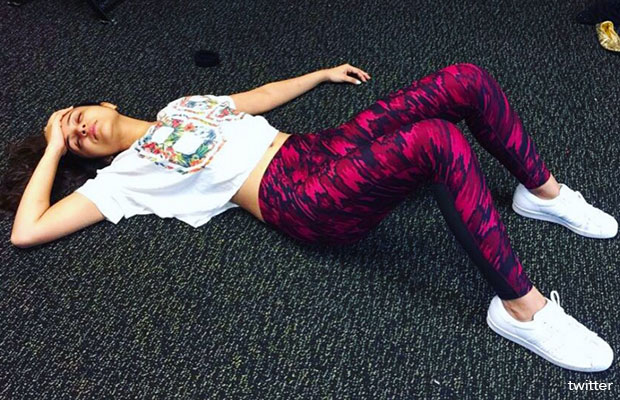 [tps_footer]Parineeti Chopra is raising the hotness meter high with her newly transformed self. The actress who is always happy go lucky is currently having an amazing time at the Dream Team international tour. The mind blowing starlet who impressed everyone with the song Jaaneman Aah in ‘Dishoom’ is also aiming for powerful performances at the tour.

Parineeti recently faced a health hassle at the rehearsals of the Dream Team. The actress fainted after the rehearsals in the green room. However, the pretty starlet was quick enough in recovering and did not suffer much.

Parineeti Chopra who is active on her social networking accounts took to the microblogging site Twitter and posted a picture of herself lying on the floor. The Ishaqzaade actress captioned the picture saying, “Exhausted. Broken. And hence passed out on the floor of my green room. Need some TLC. #DreamTeam2016.” 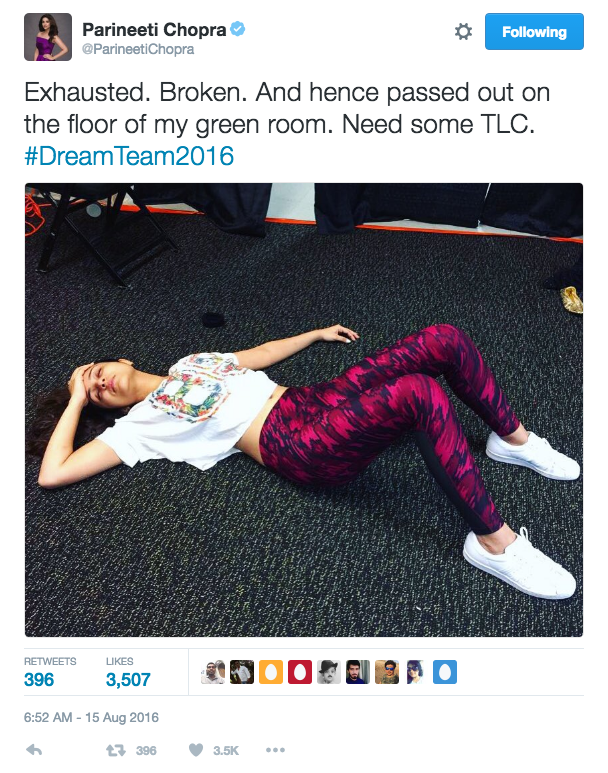 The talent bundle is fit and fine now and she posted another sweet picture with sister Priyanka Chopra on Instagram. Parineeti captioned the picture as, “Her! New York lunch scenes tooo much funnnnn @priyankachopra.” 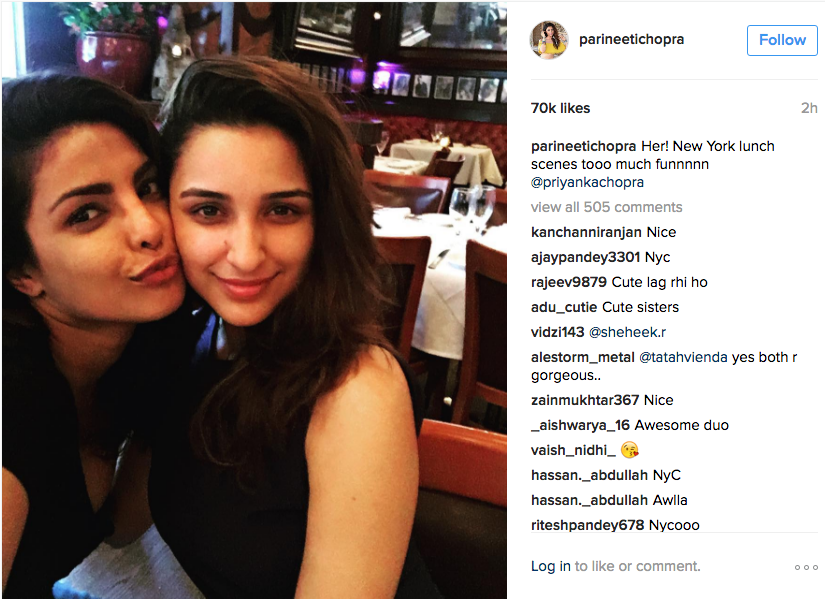 On the film front, Parineeti will be seen in ‘Meri Pyaari Bindu’. The film stars actor Ayushmann Khurrana opposite Parineeti. The movie is assumed to be a romantic flick.[/tps_footer]