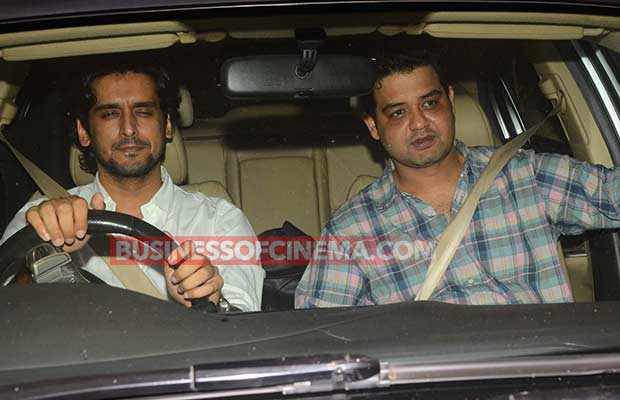 Here’s what Bollywood celebs have to say about Anushka Sharma’s Phillauri.

Noor star Sonakshi Sinha and her rumoured boyfriend Bunty Sachdev were also seen at the screening but arrived separately.

Anushka Sharma’s Phillauri is directed by Anshai Lal and produced by Anushka Sharma and Karnesh Sharma. The film is all set to hit the screens tomorrow, March 24.

The film has been high on promotions and raised curiosity among the audience over its unique concept. The film will see Anushka Sharma as the spirit “Shashi” and the plot revolving around her story of her lost love. The film is light-hearted laced with subtle humour which works in favour of the film’s setting.

After watching the film late last night, Bollywood celebs took to twitter and praised Phillauri. Anushka Sharma too replied and thanked them back. 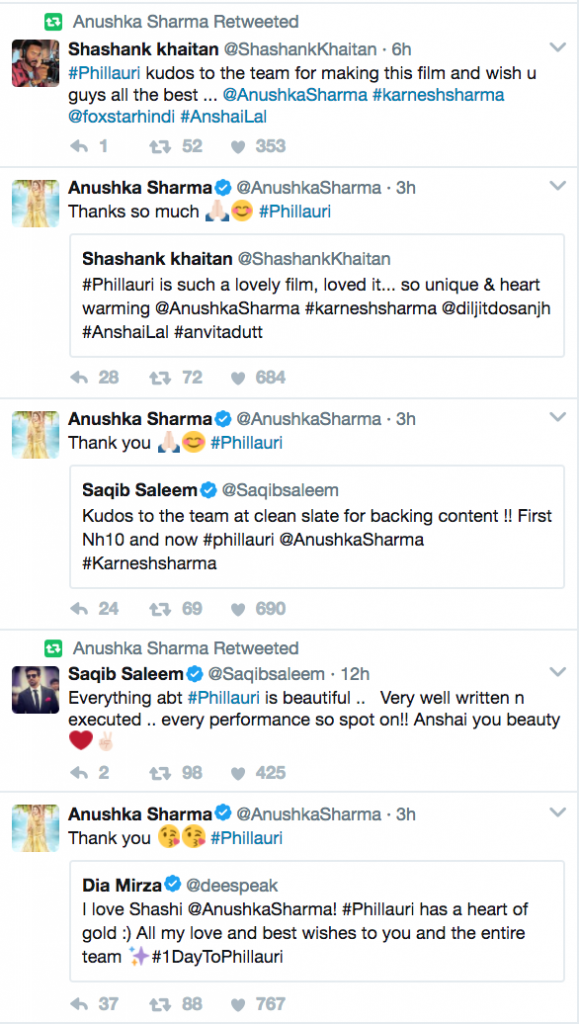