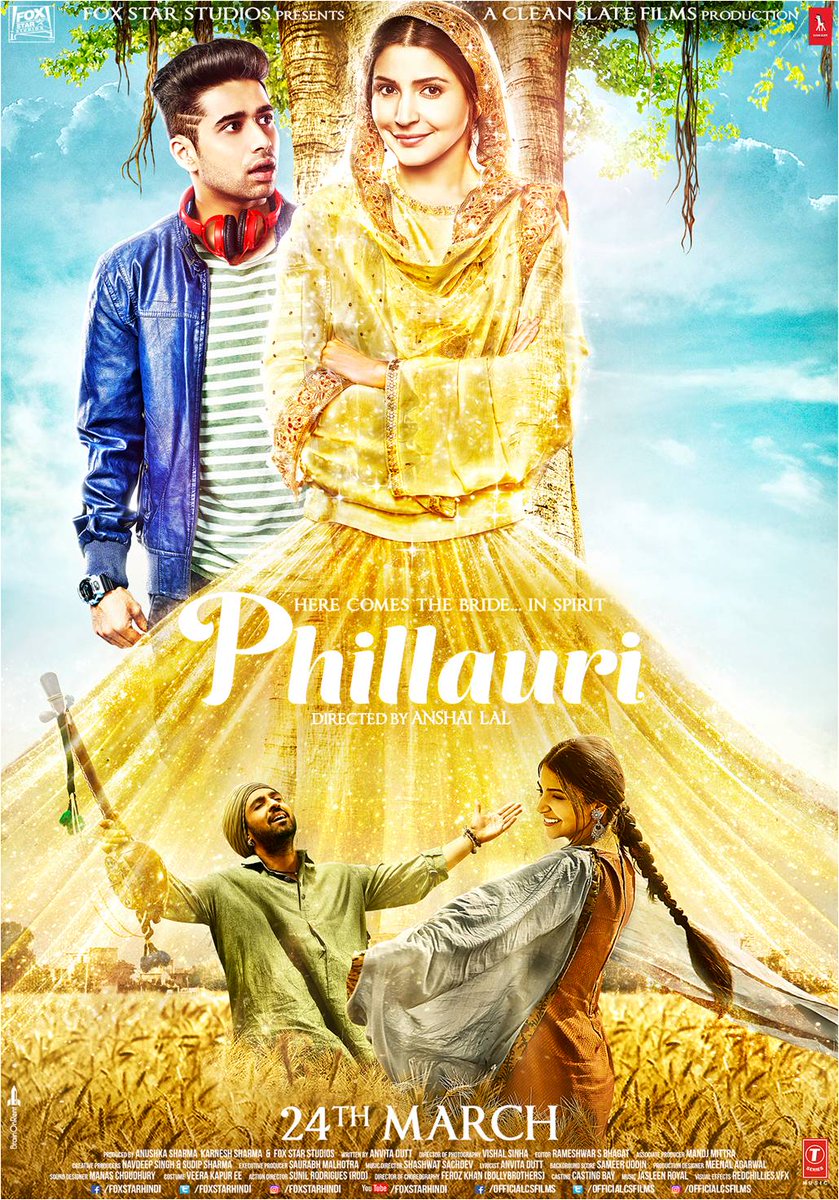 Anushka Sharma and Diljit Dosanjh starrer Phillauri is set to release on March 24, 2017.

24th March has been marked as the date for Phillauri in every curious Bollywood fans calendar. The trailer has been left intrigued, wanting more.

Produced by Anushka Sharma herself, the movie seems like a combination of romance and a comedy, with shades of drama. It juggles between the love stories of two eras.

The previous poster consisted of Anushka Sharma and co-actor Diljit Dosanjh looking into each others eyes, locked in a passionate embrace. The new latest poster that came out today is a little more clear. It throws some light onto the quirky plot of the film.

Anushka Sharma is seen dancing in the fields of Punjab with Diljit Dosanjh singing, and at the same time her spirit is shown as a beautiful bride taking the position of the tree with the other lead actor Suraj Sharma staring at her in confusion.

The newest poster seems like a combination of some fun and romance, while at the same time raising questions about the mysteries of life and after life. Directed by Anshai Lal, this movie is not the first Bollywood attempt of a ghost love story. However, evident by the trailer Phillauri does have a unique hilarious punch to it.