Bollywood’s Khiladi Akshay Kumar has been having movie releases back to back.

Akshay Kumar just recently wrapped up the shoot of Toilet Ek Prem Katha. He’s now back on sets with Padman.

Akshay Kumar took on Twitter to share the news. He posted a picture of him and his wife Twinkle Khanna. Padman will be actress-turned-writer, Twinkle Khanna’s debut production venture under Mrs. Funnybones Movies.

Akshay wrote, “Embarking on a new journey, this time with the Mrs. First day of @mrsfunnybones’ #Padman directed by R. Balki, need ur love & luck as always.

Padman is based on the real life of Arunachalam Muruganantham, the inventor of a low-cost sanitary pad making machine. Arunachalam is credited for having innovated grass-root mechanisms for generating awareness about traditional unhygienic practices around menstruation in rural India.

Padman is directed by R. Balki and is going to see Sonam Kapoor and Radhika Apte alongside Akshay Kumar.

On the work front, Akshay has quite a few films in his kitty. 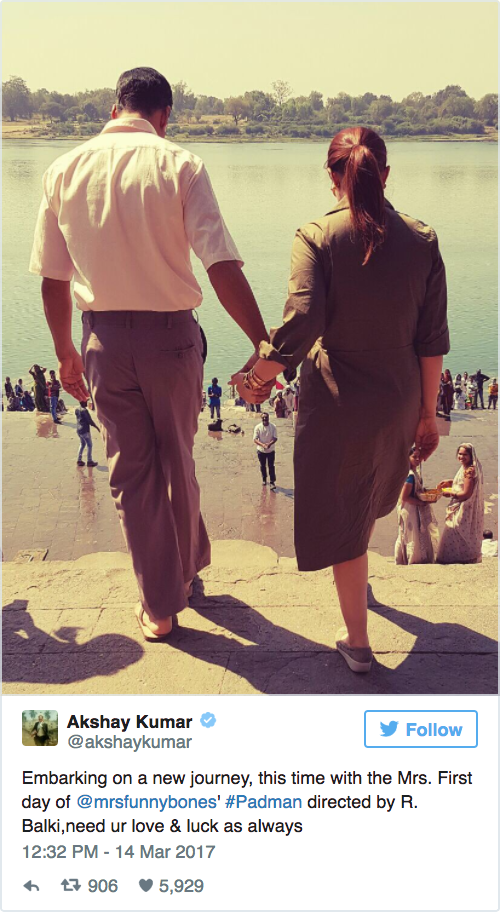