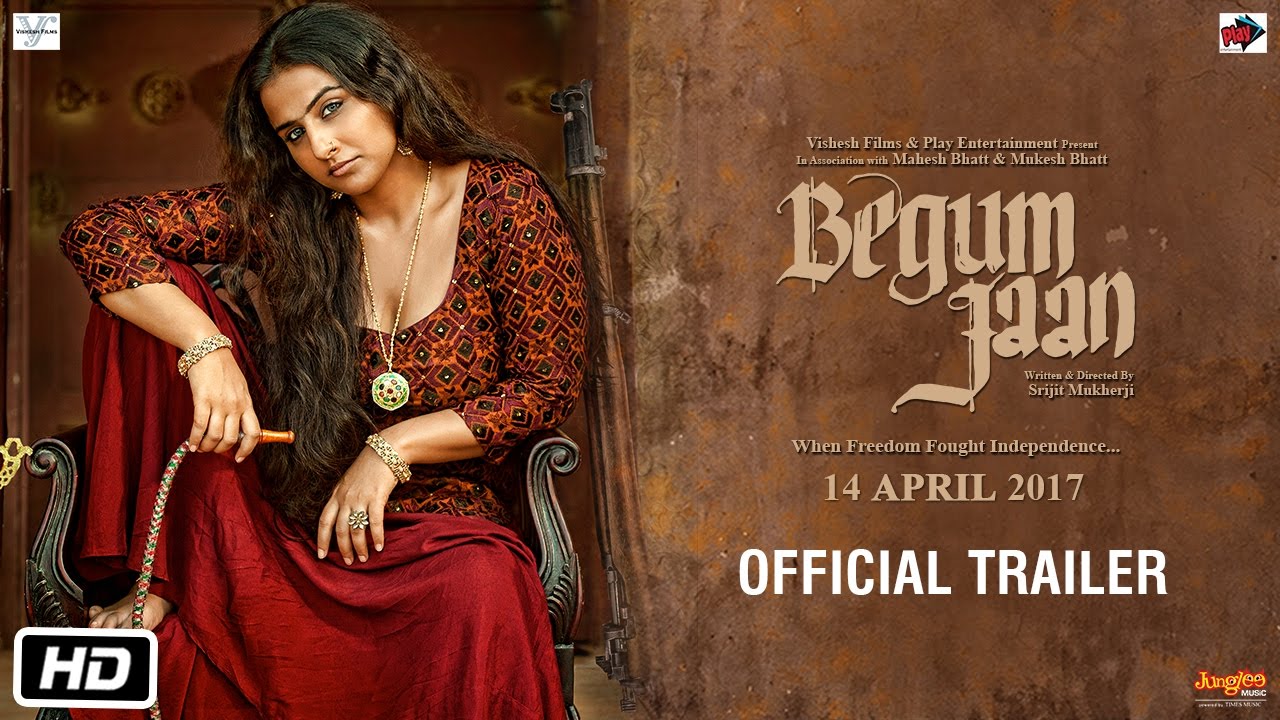 The first poster of Vidya Balan’s upcoming film Begum Jaan had already piqued the audience’s interest and now the makers of the film have released the much-talked trailer. The trailer will surely send chills down your spine with its strong storyline and an amazing performance by Vidya Balan. Nobody better than Vidya Balan could have done justice to the role of Begum Jaan and the intriguing trailer speaks for it.

The trailer of the film opens up with Amitabh Bachchan’s voice over, which tells us that the story of the film is based on the backdrop of the year 1947. Begum Jaan is the story of eleven women who refuse to part ways with their brothel and each other during the partition between India and Pakistan.

Vidya Balan is terrific in the trailer while Gauahar Khan has only one line in the trailer but she has nailed it. Chunky Pandey and Nasseruddin Shah are outstanding and surely make the trailer look stronger.