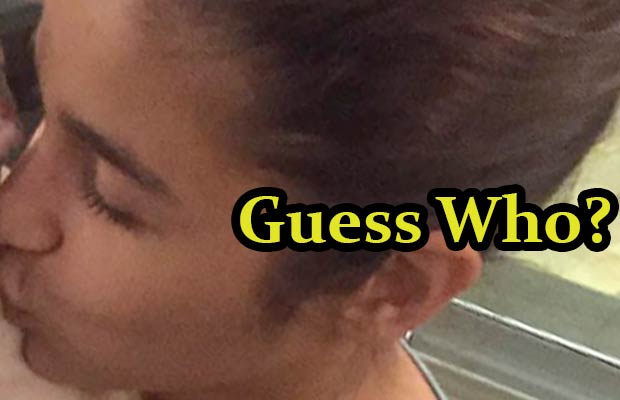 [tps_footer]Alia Bhatt is rightly a synonym to cuteness. The young actress who has tasted success very early in life is still packed with back to back projects. Alia has always been frank with the media and the starlet is also quite active on the social networking sites. With her chirpy tone and youth oriented roles, the Bhatt girl is a favorite to all.

As we all know Alia is quite close to filmmaker Karan Johar. Karan has been a mentor to the 2 States actress. The celebrated filmmaker is credited for bringing Alia to the industry with ‘Student Of The Year’. It is not a secret that the Highway actress takes guidance from Johar every now and then.  The gorgeous actress is almost an integral part of Karan’s family.

Recently, the Dharma Production honcho welcomed a new member in his clan. Alia Bhatt who is shooting for Karan’s next venture ‘Badrinath Ki Dulhania’ visited the filmmaker’s apartment on the weekend. The actress was welcomed by the four legged pup! The Kapoor & Sons actress as we all know is an animal lover, and the starlet could not get enough of this pet.

Karan’s pet dog is named Nobu Johar and is too adorable! The talented director shared a picture of Alia and Nobu on the photo sharing app Instagram captioning it, “New member of the family….NOBU JOHAR…@aliaabhatt launches him on social media.” 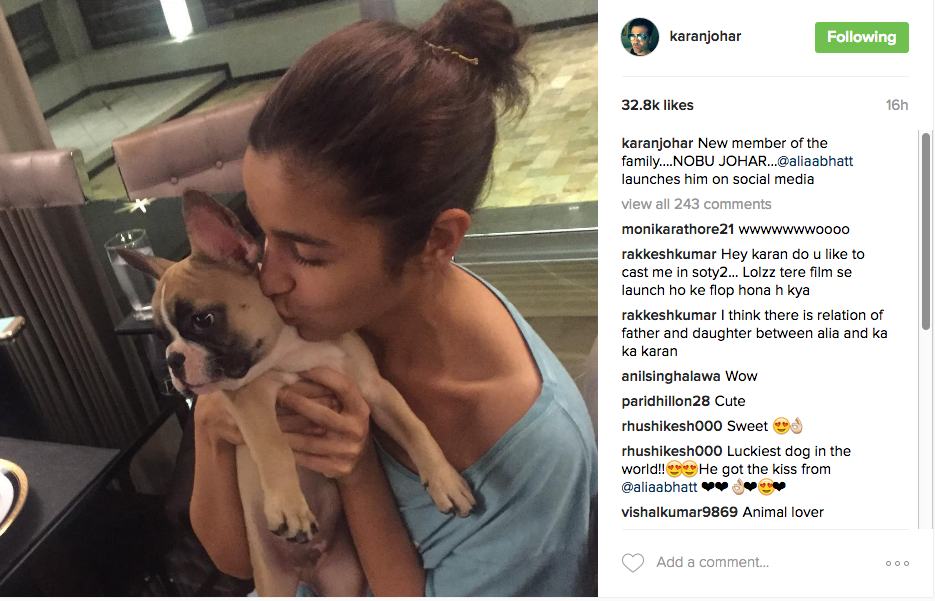 Busy bee Alia Bhatt on the immediate work front is currently gearing up for ‘Udta Punjab’. The film directed by Abhishek Chaubey is entangled in censor issues.[/tps_footer]