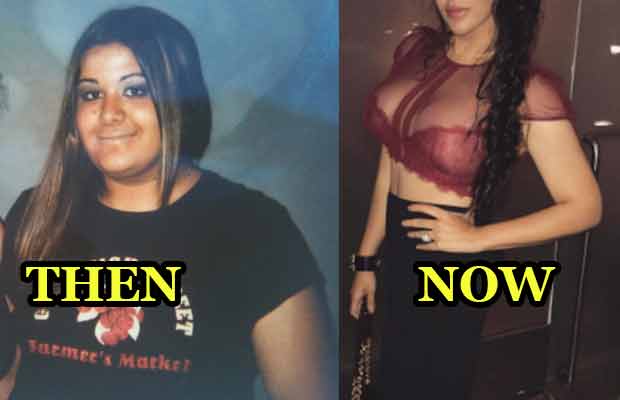 Sanjay Dutt’s daughter Trishala Dutt has transformed completely and her perfect body will give you major fitness goals.

While we have already shown you all the massive transformation that Sanjay Dutt’s daughter Trishala Dutt has undergone, the young lady is now giving us major fitness goals.

The actor’s daughter had recently shared a picture on Instagram of herself and it has gone viral. The reason being her perfect flawless figure. The picture sees the young beautiful lady in a crochet maroon crop top which were paired with black bottoms. With her hair left open falling over her shoulders, Trishala is looking stunning in the snap.

Trishala is Sanjay Dutt’s daughter from his first wife Richa Sharma. Earlier, she used to be fat and chubby. But now she has grown into a stylish diva. She has completely transformed herself from fat to fit.

The young lady currently lives in the New York City. She recently completed her education in Law from New York’s John Jay College of Criminal Justice. She is also a successful entrepreneur there. Trishala has no plans of returning to India and is living with her mother’s sister Enna.

Although, Trishala was not able to spend much of her childhood with her father, but still she is very close to him. And same is with the actor. In fact, as a present, Sanjay released the trailer of his last film Bhoomi on her birthday.

The film was based on an emotional relationship between a father and a daughter. While Sanjay played the father, Aditi Rao Hydari played his daughter.