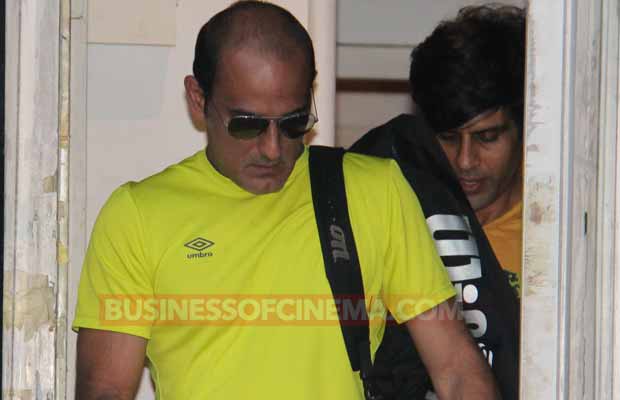 Bollywood actor Akshaye Khanna was leaving a sports venue when the media caught him rushing away.

Bollywood actor Akshaye Khanna was spotted leaving a sports venue. The ‘Dishoom’ actor was seen in a bright yellow t-shirt and dark blue track pants. He also had a kit indicating he was playing some kind of sport at the venue. He completed the look with a dark aviator as he made his way to his car.

The ‘Taal’ actor was caught after his session in a hurry. He quickly got in his car and drove off not really addressing the media or photographers waiting outside.

The actor was last seen in the Sridevi starrer ‘MOM’. He was in Delhi for the movie promotions where he answered some questions.

Akshaye Khanna revealed that he would love to be a part of a Dil Chahta Hai sequel if any. Fans were worried when the actor had disappeared from the screen for years. He then returned with the John Abraham and Varun Dhawan starrer Dishoom in a negative role. Akshaye Khanna then did MOM, which also stars Sridevi and Nawazuddin Siddiqui.

The actor told IndianExpress.com that he liked taking a break and doing films based on what he liked rather than what he thought would work for his image. “I had taken such a long break that I wanted to start off with small good roles as I don’t believe in compromising on quality. It’s to test myself. Don’t want to take up leading or big roles. Even in this film, we (Nawazuddin Siddiqui and Akshaye) have extended cameo. Both the characters, the kind of impact it would have on the audience, that’s something I don’t want to compromise on.”

The actor was asked about his relationship status to which he stated that he was a commitment phobic person. He won’t be marrying anytime soon and plans on being single for a long time.

The actor shared that he felt weird to stay in a constant relationship, “See I find it very unnatural to stay in a relationship for that long. I know most of the world finds it more natural but I don’t. I feel I should be allowed to move from one relationship to another whenever I want to.”

We wonder if the actor is already in a secret relationship but reserved to share his lady love’s details! 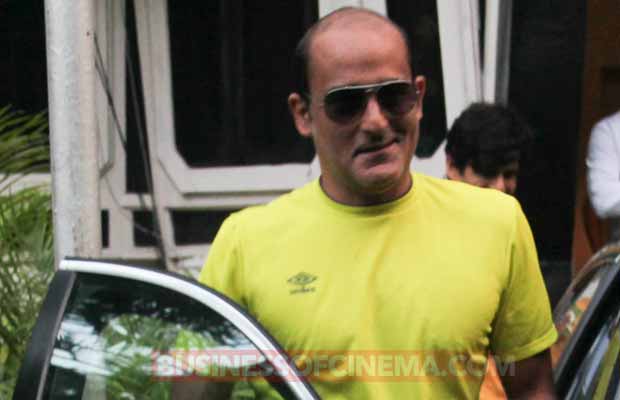