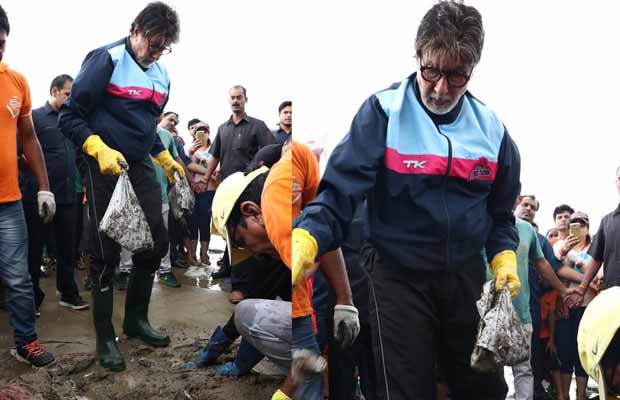 As part of special this season, Amitabh Bachchan will be celebrating common man from various walks of life and their extra ordinary contribution towards the society. The show will see super heroes in the form of common man take to the centre stage on the show. Afroz Shah, a Mumbai based lawyer, will be among one of them.

Mr. Shah has shown some exemplary efforts toward cleaning up of Versova Beach. Amitabh Bachchan not only will be seen playing The game of Kaun Banega Crorepati with him but will also extend his support toward the cause by personally visiting the Versova Beach to assist him in his cleanliness drive. Catch Amitabh Bachchan’s Kaun Banega Crorepati on August 28, Monday – Friday at 9 PM on Sony entertainment Television.

Recently, Amitabh Bachchan has fallen into trouble for endorsing Navratna hair oil. Big B has been dragged into court after being accused of misleading people with the advertisements on different products. Wakhle and Democratic Lawyers’ Forum has moved the Jabalpur district consumer forum over asking how the oil which is said to be “Thanda-Thanda, Cool-Cool” proves to be a stress reliever.

The petitioner said the promotion of the product oil has violated Section 12 of the Protection of Consumer Act and claimed a compensation of Rs 15 lakh from Amitabh Bachchan and the company for “misguiding” the consumers. Legal notices have been sent to Big B as well as to the company. 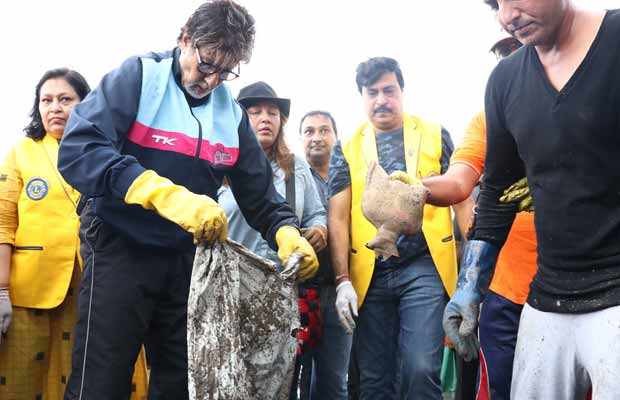