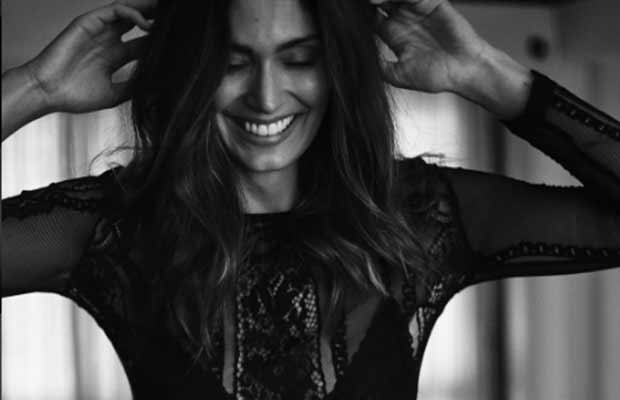 Bruna Abdullah is a Brazillian actress, working in Bollywood. Bruna did several cameos in Bollywood. She changed her base from Brazil to Mumbai to set her career.

Bruna Abdullah’s first video was with Shekhar Suman in his debut album Mere Gham Ke Dayare Mein. She performed the item song “Rehem Kare” for Anubhav Sinha’s Cash. She has appeared as an item girl in the movie Desi Boyz released in 2011. She also did a cameo in I Hate Luv Storys, Jai Ho And Grand Masti among many others.She participated in TV-Reality shows like Nach Baliye, Khatron KE Khiladi and Dancing Queen. She also appeared in several advertisement commercials like Indusind, Reebok, Fiama di Wills and many more.

It’s already hot, thanks to summers and may be Bruna Abdullah, who is raising the temperature with her hot bod! The Brazilian beauty is very ‘socially-active’ and that’s such a relief if we must say; the stunner starlet never ceases to amaze us with her ‘hot and happening’ avatars on Instagram and everywhere else and her ‘bold’ games are always spot on!

The actress is one the hottest divas on Instagram and has a huge fan following too. Maybe that’s why Bruna makes sure that she keeps treating her fans with her beautiful pictures time and again.

Her envious looks and put any beauty in the industry under water for once and her ‘Hotness’ Quotient is always soaring high; just like the temperatures are no relief this summer season for all of us.

Here’s the latest picture which Bruna has shared on her Instagram account, wishing a friend on his birthday.

We are warning , you will have an instant crush on her!

The actress uploaded the picture captioning it,

“Happy Birthday to the super talented @rahuljhagiani! Im sorry I couldn’t be there today…. but I know you are having a great time!  Tons of love and peace to you buddy.”

Happy Birthday to the super talented @rahuljhangiani ! Im sorry I couldn’t be there today.. but I know you are having a great time! Tons of love and peace to you buddy! ✨

And here’s some more treat to your eyes!