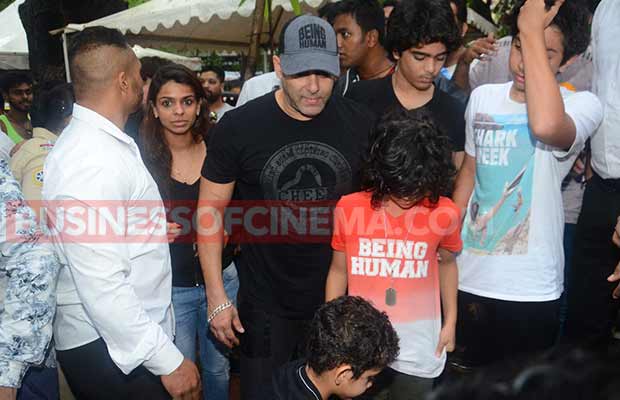 [tps_footer]Salman Khan who is credited for various good deeds has now done something fruitful for the environment. The Maharashtra government recently laid out a plan for planting two crore trees. This initiative was taken as a part of Vanamahotsav 2016-17. Salman who is known for his charity and his organization Being Human was also present at the event.

The government officials organized a tree plantation drive and Sultan star Salman Khan was more than happy to be a part of it. The officials also discussed about the problems of global warming and climate change.

The superstar was accompanied by many kids too. Salman urged the kids to plant more and more trees for the betterment of the environment. The Dabangg Khan also posted a few pictures from the tree plantation drive on his twitter handle. 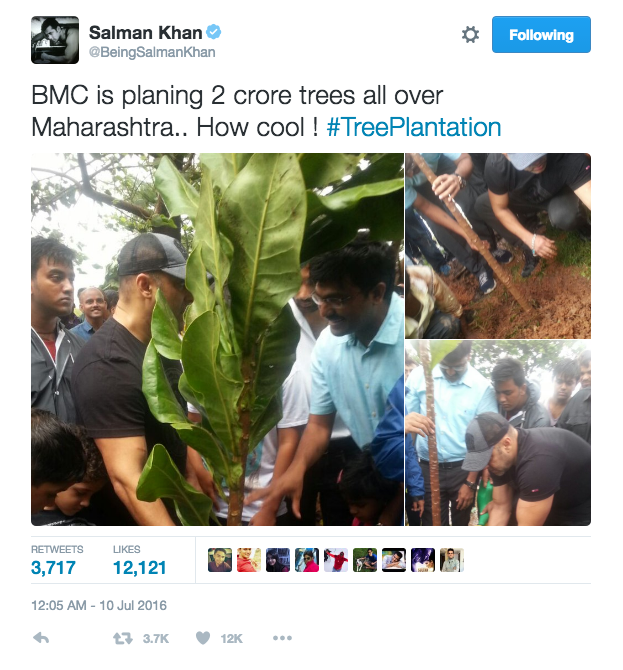 Salman previously also was a part of the Swacch Bharat Campaign. The mind blowing actor is currently on cloud nine for the success of his film ‘Sultan’. The film is pacing towards the 200 crore mark in no time. The much hyped film stars actress Anushka Sharma opposite Salman. The film has completed its five day run at the box office. The film has broken the box office records of all-time hits ‘Dhoom 3′ and ‘Bajrangi Bhaijaan’.

On the other hand, Salman is also dedicated towards his foundation Being Human which looks after under privileged kids.[/tps_footer]