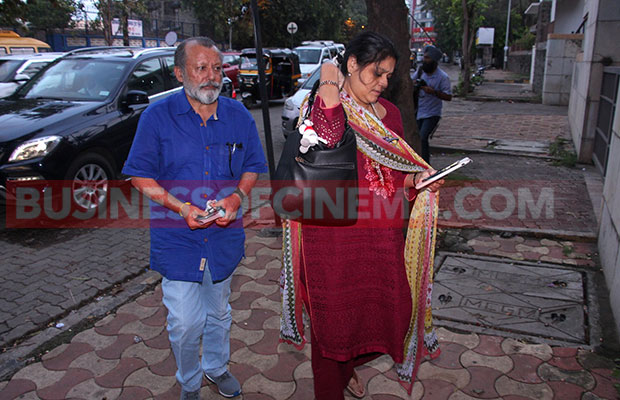 Shahid Kapoor and Mira Rajput are expecting their first baby soon. The duo is all excited about their parenthood and their latest social media posts are a proof of the same. Handsome hunk Shahid has already stated that he will take a break from his film commitments once the baby arrives.

The baby can arrive anytime soon now and Shahid’s family members are leaving no stone unturned to take care of their daughter in law Mira Rajput. Pankaj Kapur and Supriya Pathak were recently spotted in a worried state as they went to meet Mira.

The two were quite tensed as they were clicked by the shutterbugs. Other than this, Mira and Shahid were giving relationship goals to all recently when they posted adorable pictures of themselves.  The mind blowing actor Shahid who married Mira in a private ceremony is surprisingly all frank about his parenthood.

Until now there are no updates regarding Mira Rajput’s health and all is assumed to be fine. On the film front, Shahid is busy with a couple of projects starting with Vishal Bhardwaj’s ‘Rangoon’. The actor is also in the news for starring in Sanjay Leela Bhansali’s ‘Padmavati’. Shahid Kapoor will apparently portray the role of Deepika Padukone’s on-screen husband in the film.