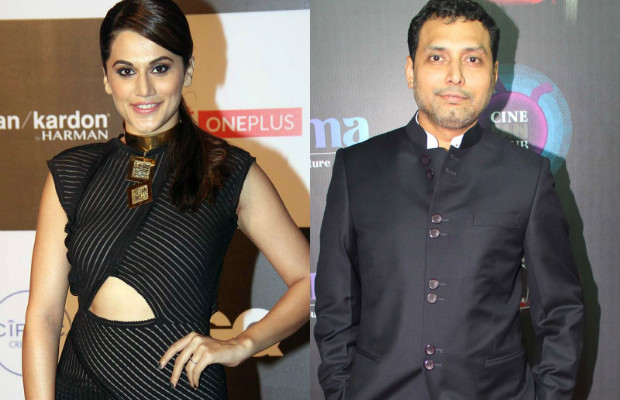 [tps_footer]Model turned actress Taapsee Pannu who is a well renowned and popular actress of the South seems to have paved her way in a big way into Bollywood.

The actress has now been roped in for a film “Meera” by Neeraj Pandey productions whose previous movies like “Special 26 “and “Baby ” which became massive hits at the box office earning splendid reviews.

The story of the film revolves around Taapsee who plays the title role “Meera” in the movie that reveals the backstory of how she becomes a special agent of the Indian Government.

This film is going to be directed by Shivam Nair and will also have Akshay Kumar and Manoj Bajpayee in pivotal roles and the film is believed to be a prequel to the film “Baby“.

Taapsee will have to undergo intense training for her role as the film is meant to have several stunts in the film and will begin shooting in Mumbai from end of September.

Taapsee quoted on the news saying, “It’s almost too good to believe that I’m getting to play title role in my career so early. I was told about this film almost an year back but I never believed it. Now finally it’s happening and I am ready to get trained in some intensive martial art form for an out n out action thriller.”[/tps_footer]