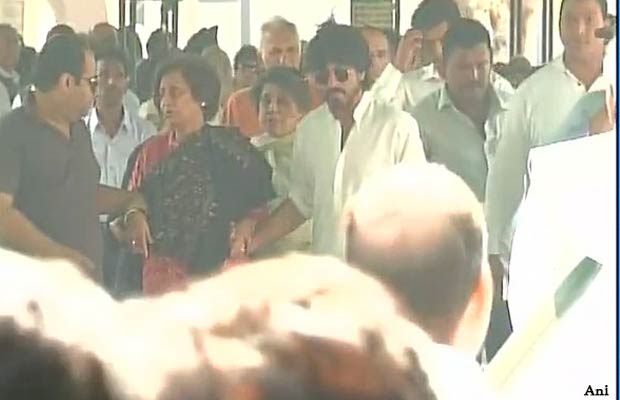 [tps_footer]It was just yesterday when Shah Rukh was celebrating his movie “Fan” second trailer launch where he invited 4000 fans to be part of this day and make it more memorable for him. It was an amazing response he had received and a lot of happiness too, but unfortunately this celebration couldn’t last for too long. It was reported, Shah Rukh Khan‘s wife Gauri Khan‘s father Colonel Ramesh Chandra Chibber passed away yesterday in the evening. It gave a shock to everyone close to them and it made SRK rush to be with his family in such a hard time than to keep working. So, he has kept all his projects aside and he only focused on being their for his family in New Delhi.

Colonel Chibber was admitted in Escorts hospital and he passed away last night at 8.55 pm and the cremation is held today at Lodi road Crematorium. For which Shah Rukh Khan had left yesterday, from Mumbai to Delhi at 9 pm around to be with his family and support Gauri Khan and all their three kids Aaryan, Suhana and Abram in such a tough phase and now we spotted him here, during his father in law’s funeral. Nothing is revealed about Ramesh ji’s illness and cause of death. It won’t be right to assume various reasons for his death. So, we will be waiting to get more details about this tragic day and get official statements from true reports. 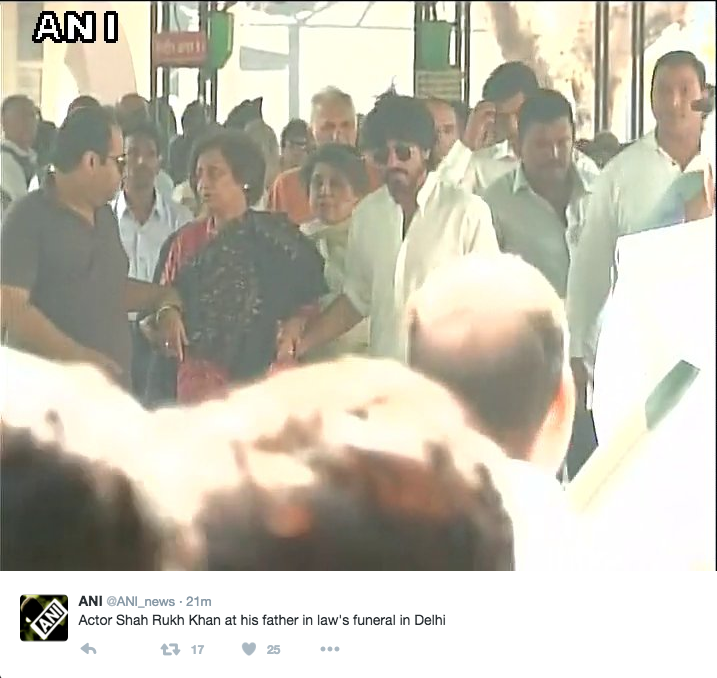 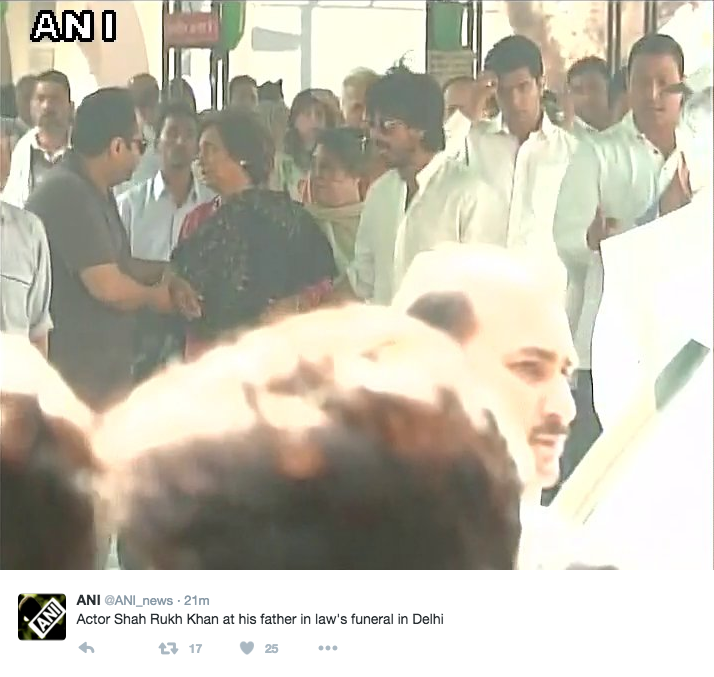 Till then keep praying and send in your love and support to Shah Rukh and his family going through such a difficult time after losing a very dear one. It’s said that Ramesh ji even after being an Army person, was a very loving and humble human and had a very close bond with all the three kids. Our condolences with Gauri Khan, Shah Rukh and their entire family. We hope Aaryan, Suhana and Abram stay even more strong during this tragic event.[/tps_footer]