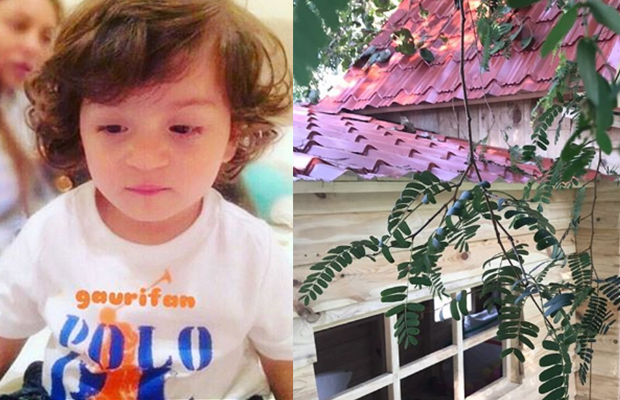 The biggest star kid since birth, already a celebrity since in the age of 3, Shah Rukh Khan‘s little kid AbRam Khan already has his own tree house to play and relax. Mother and celebrity wife Gauri Khan shared the news on her Instagram of the tree house and made fans awestruck with the kind of luxury the kid is already living in.

Gauri Khan shared a picture and captioned it as “Adorable Tree house executed by Sabu Cyril, for our little one. Gauri herself is an interior designer and recently designed Ranbir Kapoor‘s independent house in Mumbai. The star kid AbRam Khan can be spotted in one of the pictures. 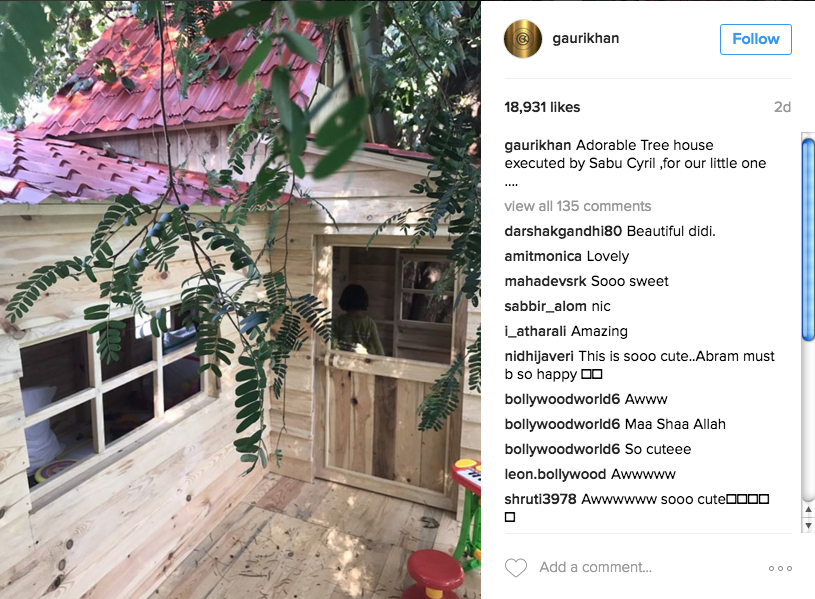 Father and King of Bollywood, Shah Rukh Khan had earlier stated that he is forbidden to share pictures of his family members and that is pretty well understood why AbRam‘s backside is exposed. The tree house has been designed by Sabu Cyril who has also designed the popular Khan residence Mannat in Bandra.

Sources reveal that to enter the kid’s tree house, one has to climb the wooden steps so that it gets easy for the kid to climb the house. Also, the interior of the house is spacious for a separate play area and also has a different designed section for the toys of the kid. One of the pictures also show AbRam‘s toys scattered in the front in the tree house. 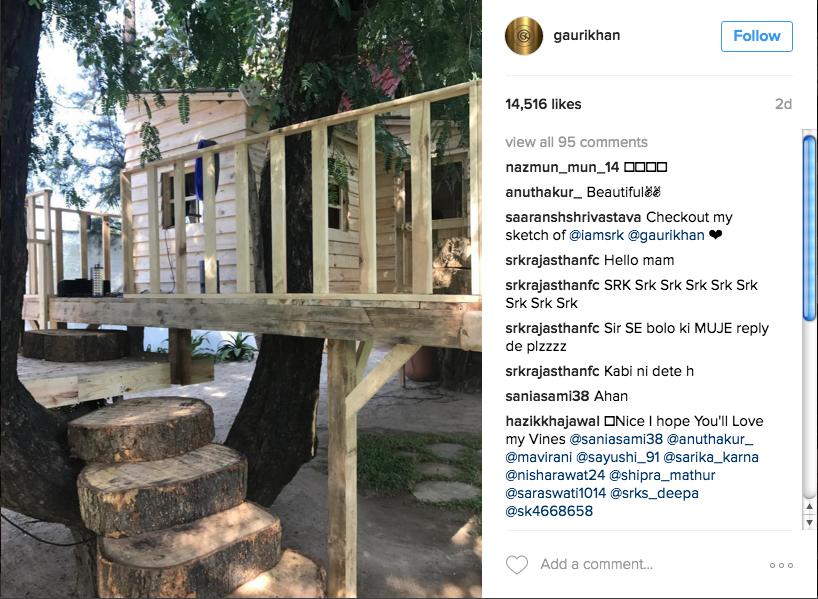 While Shah Rukh Khan and Gauri Khan are busy with their little kid, they seem to miss their eldest son who studies films at the University of South California and often visit their child. While the son is abroad, the daughter Suhana Khan is still studying in school in India.

Shah Rukh Khan, all set to hit the screens with Raees on January 25th is busy promoting his film which is a house production produced by his lady love Gauri Khan.