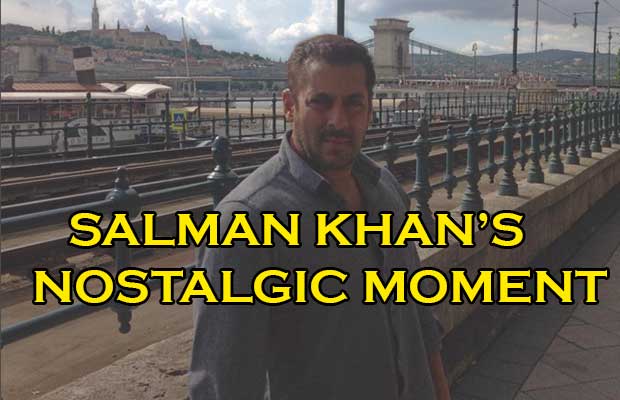 [tps_footer]As earlier we reported, Bollywood actor Salman Khan has moved to Budapest with girlfriend Iulia Vantur for the shooting of his much-talked film Sultan. The alleged couple was spotted at Mumbai airport last night while they were moving to Budapest. Well, now we have got our hands on the cool picture of the actor, shared by designer Ashley Rebello.

Ashley shared a picture of Salman Khan standing at the same bridge where he had shot for Hum Dil De Chuke Sanam with Aishwarya Rai Bachchan, some 17 years ago. He shared the picture with a caption, “#beingsalmankhan same#bridge #budapest 17 yrs later after hum dil for sultan now #style #fashion #songshoot” 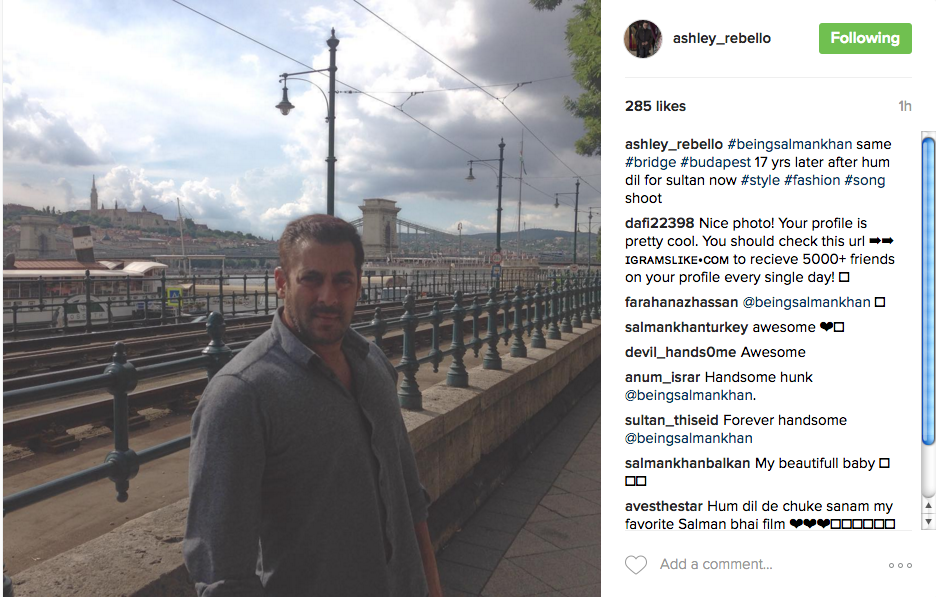 Well, it seems Salman Khan is back to the same place after 17 years and is recollecting the old memories and at the same time, he is shooting for a song with Anushka Sharma for Sultan[/tps_footer]