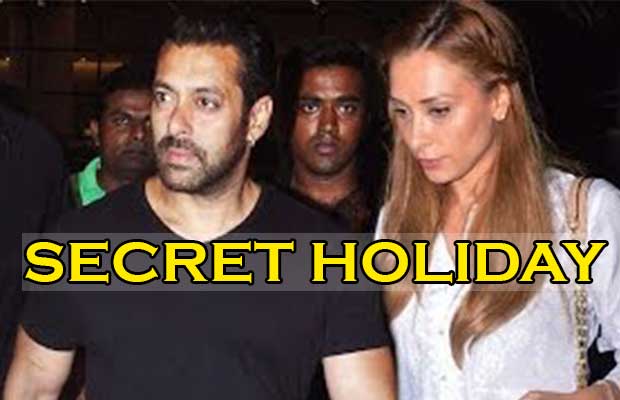 [tps_footer]Bollywood actor Salman Khan recently surprised everyone with his version of “Baby Ko Bass Pasand Hai” from much-awaited film Sultan. The makers of the film released the same version of the song in Salman Khan‘s voice. Also, the song includes Salman’s rumoured girlfriend Iulia Vantur’s voice in it, which left everyone more excited. Well, now according to what we hear, the alleged couple is currently spending some good time in Budapest.

A day ago, we got adorable pictures of Virat Kohli and Anushka Sharma from Mumbai Airport. The much in love couple were spotted hugging and kissing while the actress was moving to Budapest for the shooting of Sultan. While everyone was talking and clicking pictures of Virat and Anushka, paparazzi missed catching Salman and Iulia together at the airport at the same time.

Iulia Vantur has always accompanied Salman during the shooting of Sultan and the Romanian beauty once again joins the actor for Budapest schedule. Well, Salman may try to keep his romance with Iulia under wraps but nothing can escape from the eyes of media. Now we can hardly wait to see their pictures together from Budapest.[/tps_footer]