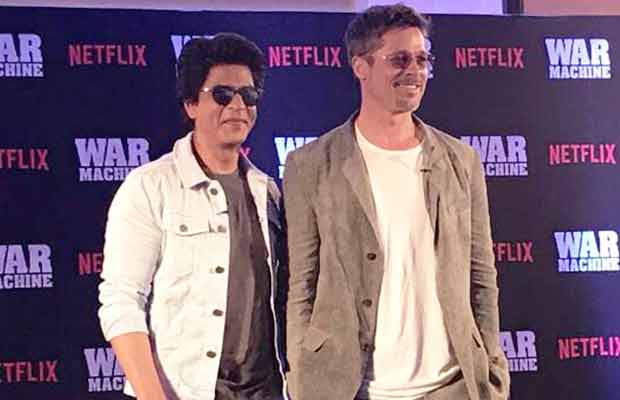 The famous Hollywood actor, Brad Pitt has surprised by making a visit to the city of Mumbai. He is here to attend the screening of his upcoming film War Machine. His visit has been a complete surprise as he has entered the country avoiding the shutterbugs and paparazzi.

On his visit to India, the Hollywood hunk met the Bollywood superstar Shah Rukh Khan.They were in a conversation at the event. Even social media wasn’t aware of his visit. But still there were hints that he could drop by in India after finishing his Tokyo press tour.

Even the media invited to the event was informed only about the War Machine director David Michod. Along with Dede Gardner and Jeremy Kleiner, Pitt’s partners in production house Plan B Entertainment of being present at the event. But Brad Pitt came as a pleasant surprise.

Pitt is reportedly staying in a renowned hotel in South Mumbai. It is not his first visit to the country. He had earlier visited India back in 2006 for ‘A Mighty Heart’. But during that visit he was with Angelina Jolie. But now they have parted ways and Pitt is back to his single status.

During the conversation, the Badshah of Bollywood, Shah Rukh Khan said that Hollywood has the potential to take over Bollywood if the industry people don’t work on skills like screenplay writing, marketing and use of technology.

Shah Rukh Khan also added that there is a “Fear of Hollywood taking over Bollywood in India.”

“If we don’t hone up few areas especially script writing, screenplay, marketing, professionalism and technology, we will be taken over by Hollywood,” Shah Rukh said here.

The Indian actor, who has been in the industry for over 25 years, added,

“The language is becoming less and less of a barrier…There are more digital platforms and easy accessibility to content from all around the world. Hollywood has done, and we need to learn from them and adapt. There is big fear (of Hollywood taking over Bollywood).”

The Diwale star Shah Rukh Khan, who has won titles like ‘King Khan‘, ‘Baadshah‘ and ‘King of Romance’. Thanks to films like “Dilwale Dulhania Le Jayenge”, “Veer-Zaara” and “Kabhi Khushi Kabhie Gham”. He also pointed out that success of international films in the domestic market indicates a shift in trend.

“There are films like ‘Spider Man’ and ‘Fast and the Furious’ which did as well as any other action Hindi films…Language is no longer a barrier as the films are getting dubbed too.

“Indian film industry has to change. We have a college to learn from..They (Hollywood) has done it all we just have to adapt.”

Looking at Hollywood for cues for filmmaking, as the actor asserts, doesn’t mean doing away with singing and dancing.

“We have wonderful stories to tell but we are not telling. We sometimes get happy being a fad about singing and dancing. We need to understand the language that Hollywood or western cinema speak, and not change what we are presenting…Singing and dancing has to stay.”

Starting his career from small screen with series “Fauji” in the late 1980s, Shah Rukh entered Bollywood with “Deewana” in 1992, and there was no looking back. The 51-year-old is successful as an entrepreneur too. He owns a film production company Red Chillies Entertainment banner with his wife Gauri Khan.

As a producer, Shah Rukh says he wants to push forward films which “producers don’t want to produce”.

Red Chillies Entertainment has a long term deal with Netflix. Under which films – old and new – starring the Bollywood superstar will be exclusively available to the platform’s members globally.

The actor feels the Netflix has opened doors for filmmakers to tell their vision with no pressure of theatrical release, and will boost democratisation of filmmaking.

Talking about his journey in the industry, Shah Rukh said it is very important to stay grounded to reality to stay relevant.

“Keep it basic. You keep on doing things which (you wanted to do when you) started off with the urge to stay relevant, being normal, to reinvent yourself. The simple things which made you want to be an actor.”

He talked about the dynamics of Bollywood as compared to Hollywood during a session with American actor Brad Pitt, who made a surprise visit to India to promote his Netflix film “War Machine” – a satirical comedy with Pitt essaying role of US General Glen McMahon. Who is tough but over-confident with an only aim to lead his army towards victory in Afghanistan, and win the war. Pitt’s co-production will stream on the US-based on-demand streaming website(Netflix) from Friday. 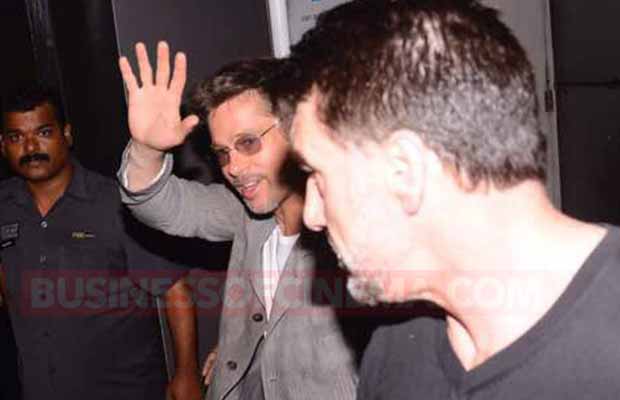 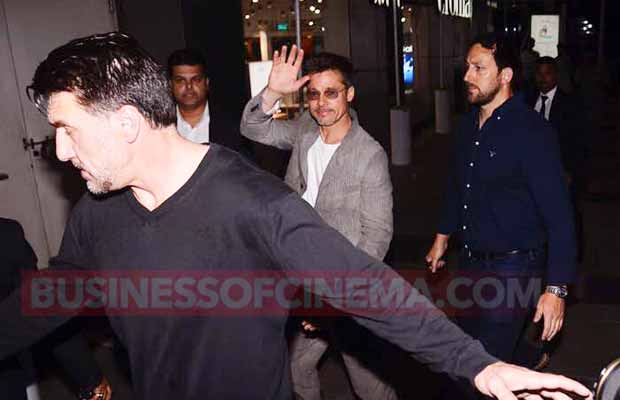 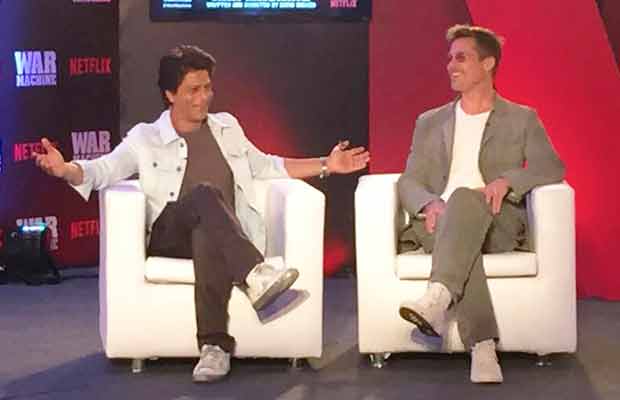 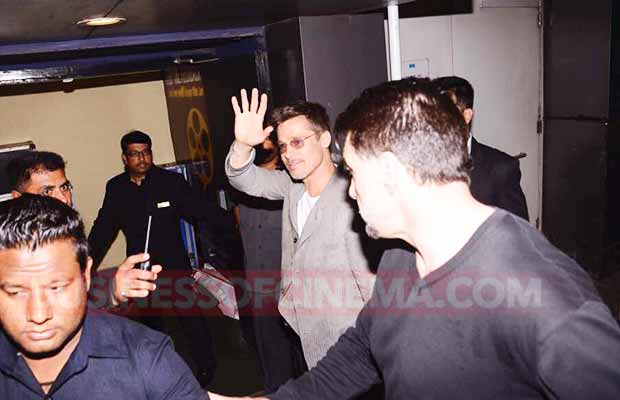 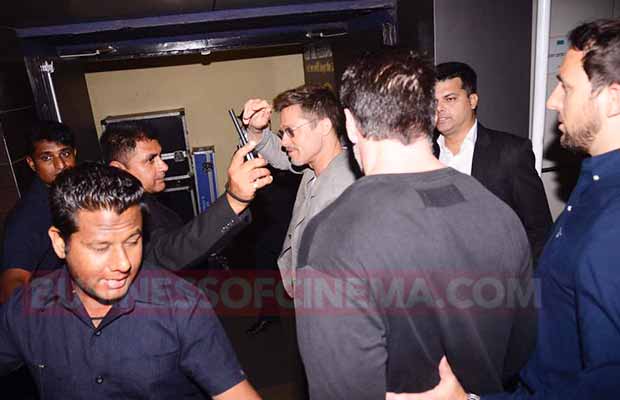 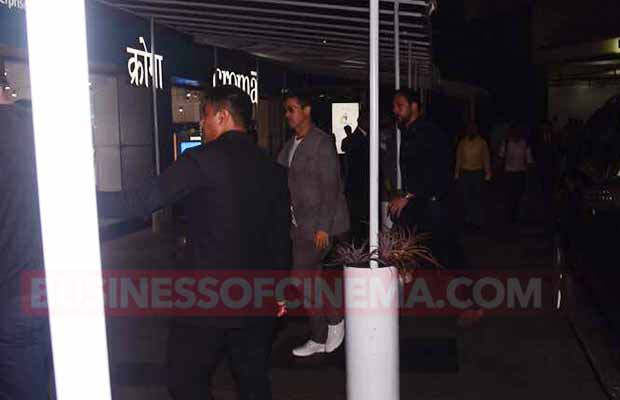 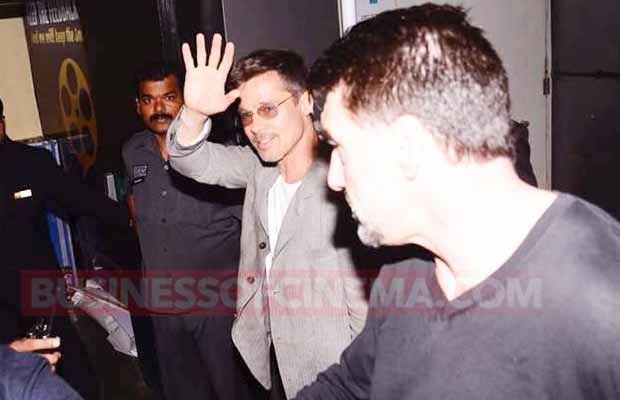 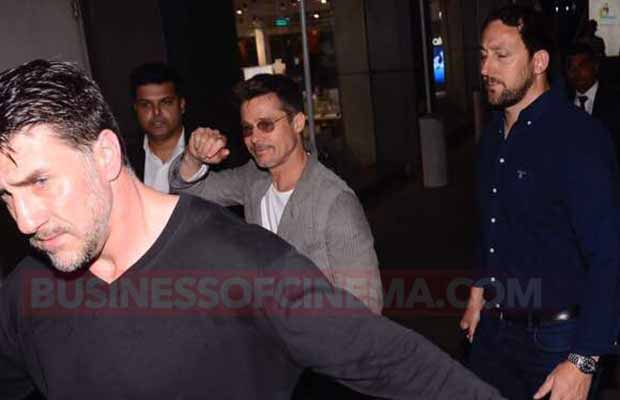