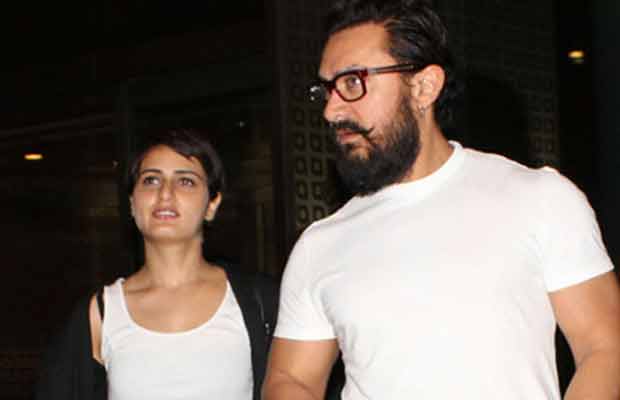 Fatima Sana Shaikh says that she goes to Aamir Khan for all her love-related problems!

Fatima Sana Shaikh, the same actress who played Aamir Khan’s elder daughter in Dangal, is now going to romance the same actor in Thugs Of Hindostan. It was announced last week that the Dangal girl has been signed to play the female lead in the film.

In an interview with Hindustan Times, the actress revealed how she is feeling. She says, “I can’t express in words how I am feeling right now. I just want to go on the sets and start shooting for it.”

Isn’t it weird first playing the daughter of an actor in a film and then romancing the same actor in another film? Well, Fatima has her own views about it as she says to the daily, “I knew that people are going to think like this. I am an actor after all. Suppose if I hadn’t acted in Dangal, and got an offer to act opposite Aamir sir, I would have, of course, said yes. Even today, if I am asked to act opposite Shah Rukh Khan, I would stand in the frame immediately. When you have grown up watching these stars and are fond of them, you would definitely want to work with them.“

She further said, “I used to get disheartened and sad (when I heard such things), because I thought, ‘Me playing his daughter in the film shouldn’t be the reason for me not getting the part’. There have been so many instances of (female) actors playing mothers, daughters and lovers (with the same male actors). That’s our job, and you keep playing different characters from different age groups. So, I don’t have any issues.”

She also talks about her friendly equation with Aamir saying, “He’s everything rolled into one, a friend, a guru and a guide. I can talk to him about anything. I can also discuss with him things like, I have had crush on someone, so please tell me what to do. Sanya (Malhotra) and I go to him for all our love-related problems, and he solves them for us.”

Apart from Aamir Khan and Fatima Sana Shaikh, Thugs Of Hindostan also stars Amitabh Bachchan. Now that they have got their leading lady, the film is expected to go on the floors in early June.