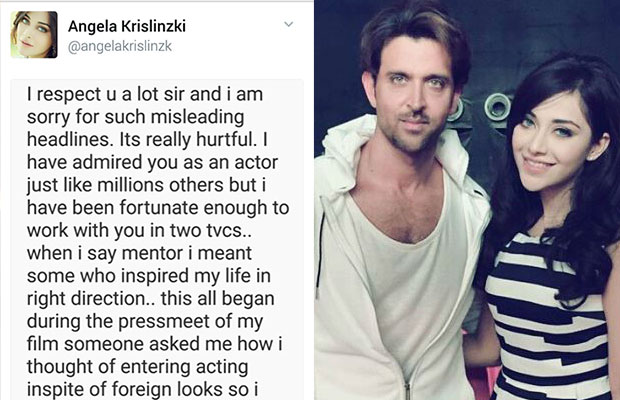 Twitterati witnessed perplexity today morning as Bollywood Superstar Hrithik Roshan responded to claims of association with a Polish model Angela Krislinzki, who has been giving multiple statements in the media naming the actor.

Refuting her claims Hrithik tweeted,”My dear lady, who are you and why are u lying.”

In response to Hrithik’s claims, Angela has now apologized to the Bollywood actor for the inconvenience caused.

In her statement Angela writes, “I respect u a lot sir and I am sorry for such misleading headlines. It’s really hurtful. I have admired you as an actor just like millions others but I have been fortunate enough to work with you in two tvcs.. when I say mentor i meant some who inspired my life in right direction.. this all began during the pressmeet of my film someone asked me how i thought of entering acting inspite of foreign looks so i replied when i was shooting with hrithik roshan his few inspirational words inspired me.. he said work on yourself your acting nobody can stop you. My looks are also different but its your performance is that outbeats anything… that day changed and life and my acting journey began.. the article only speaks about how inspirational you have been to me just like you have been to million others. I would like to apologise for any inconvenience occurred to you.” 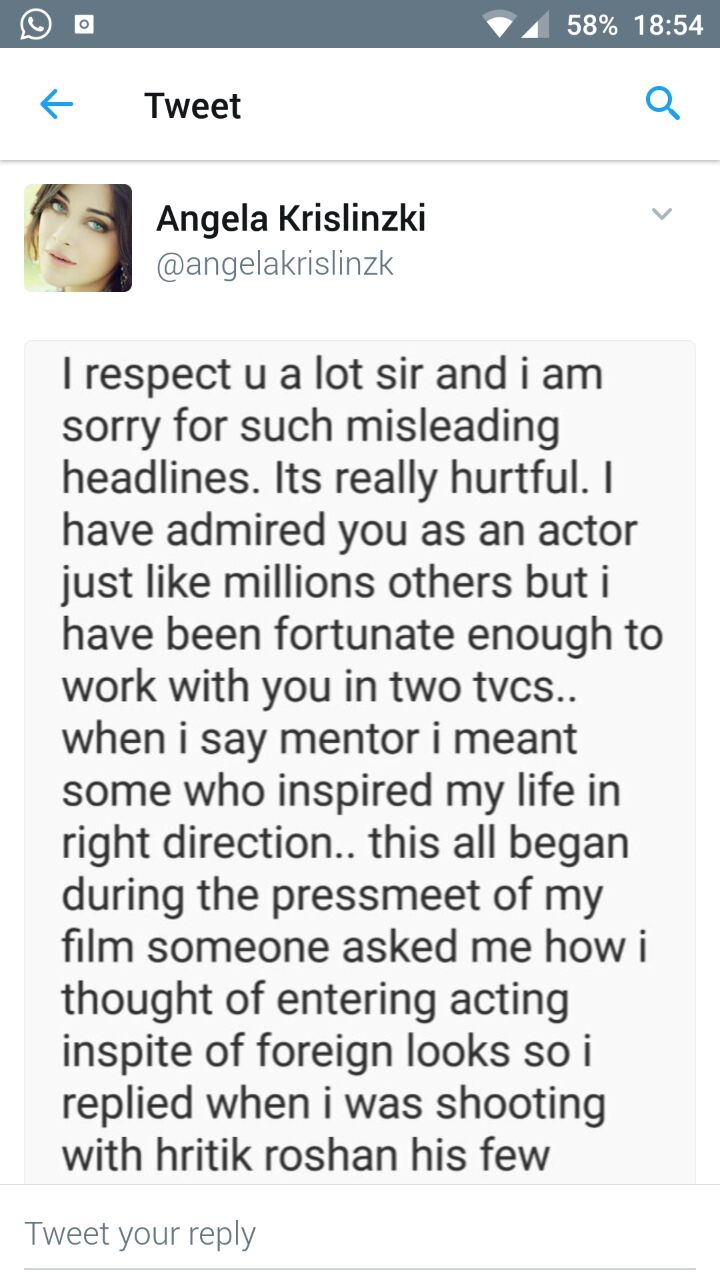 In revert to her apology, Hrithik said, “Yes misleading headlines indeed.  Graceful of you to clarify and apologise though. Wishing you the best for your career” 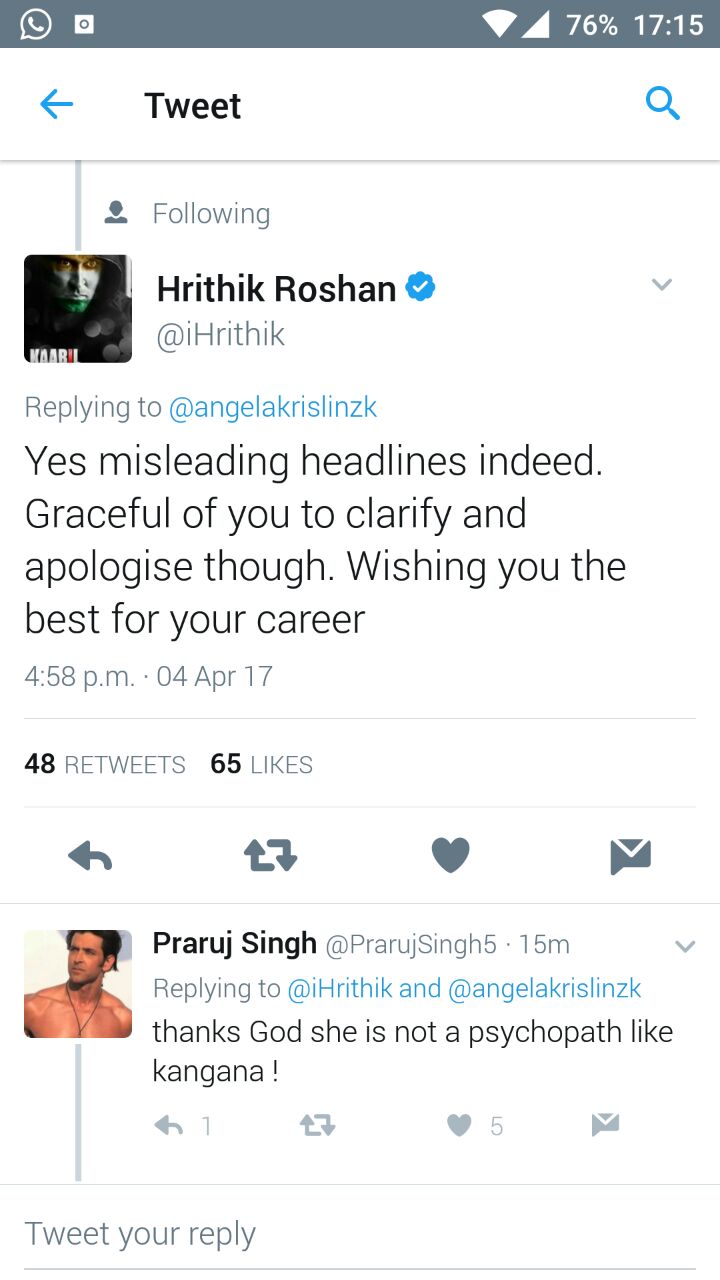 Polish model Angela Krislinzki has been referring to Bollywood Superstar Hrithik Roshan as a ‘mentor’ and ‘friend’. The model turned actress, who has featured in 2 commercials with Hrithik, has been vocally reminiscing about the time Hrithik Roshan was “supportive” and gave her “acting tips.” She has also been sharing during media interactions that Hrithik has “great plans” for her and that the actor is even considering her “for one of his big films.”