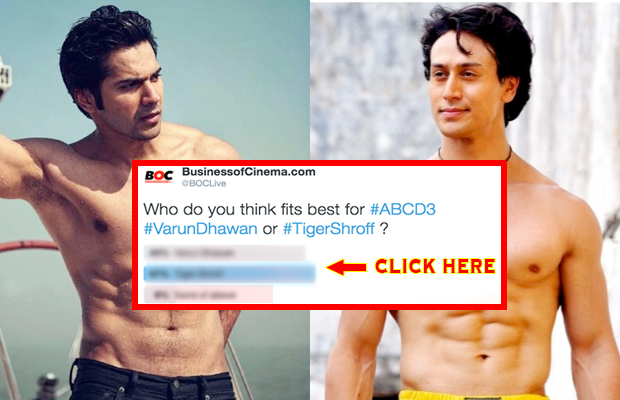 [tps_footer]Varun Dhawan, who was last seen in Rohit Shetty’s ‘Dilwale’ alongside Shah Rukh Khan, Kajol and Kirti Sanon, is currently making headlines for his much hyped upcoming films. Reportedly it is said that Varun, who has begun with the shooting of Karan Johar’s ‘Badrinath ki Dulhania’ with co-star Alia Bhatt, is replaced for the third sequel of successful franchise ABCD.  Reports suggest that Tiger Shroff will be playing the leading man in the third instalment of ‘ABCD’ franchise.

The ‘Heropanti’ star Tiger Shroff was recently seen in ‘Baaghi’ opposite Shraddha Kapoor and has impressed the audience with his dancing and daredevil stunts. We all know, the actor is a very excellent dancer and never fails to impress us with his crazy moves.

When Varun Dhawan was finalised for ABCD 2: Any Body Can Dance, a lot of fans were excited but on the other hand people also wanted to see Tiger Shroff in the movie as the main lead. Well, while there is no confirmation about the same from the makers of the film, we took a poll for our Business Of Cinema readers asking who they think fits better for ABCD. 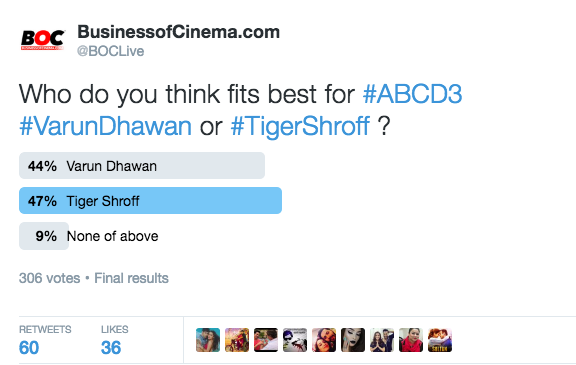 As both the actors are really good dancers, we can say that it must have been really hard for the fans to choose one of the two talented actors.[/tps_footer]