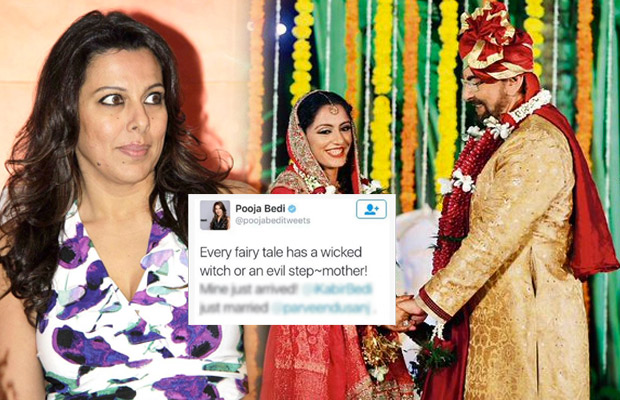 [tps_footer]Kabir Bedi shook everyone with his fourth wedding on his 70th birthday especially his daughter Pooja Bedi. The Bollywood actor Kabir Bedi who has always been in limelight for his relationship errands married his long term girlfriend and live in partner Parveen Dusanj last week. The occasion also marked Kabir Bedi’s 70th birthday.

Grabbing all the eyeballs for her evident displeasure on her father’s fourth marriage, Pooja Bedi tweeted, “every fairy tale has a wicked witch or an evil step mother! Mine just arrived!@iKabirBedi just married @parveendusanj”. 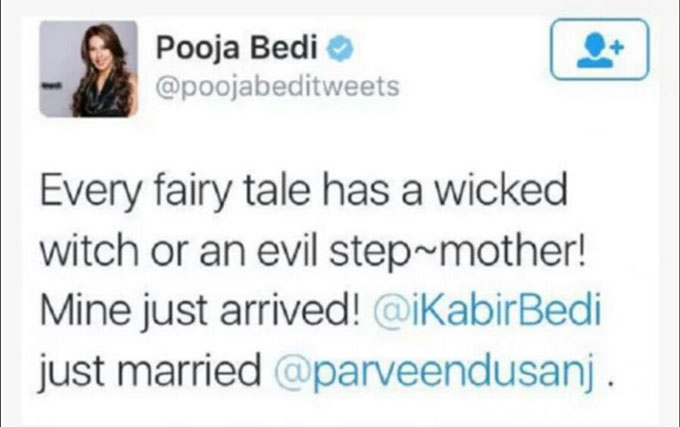 The tweet surely grabbed all the attention with Pooja’s daring reference to her step mother as a wicked witch. The actress Pooja then deleted the tweet due to it’s on the face arrogance and posted another one saying, “Deleted the last tweet on my dad @iKabirBedi 4th marriage. Lets keep things positive. I Wish him the best !!!”

The rage filled tweet surely was deleted in a spur of a moment and Pooja Bedi tried to calm the matter in her tweet saying that she wants to keep things positive. The rift between Pooja and father Kabir Bedi has been going on since a long time; the two are hardly ever seen sharing the same platform.