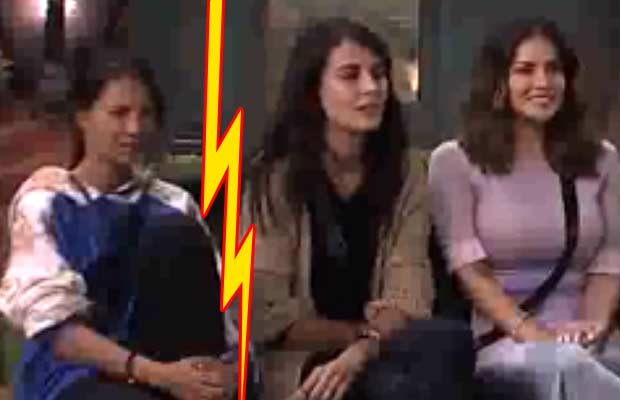 [tps_footer]The most sizzling and hot actress of Bollywood, Sunny Leone, will make her appearance on the most controversial reality show Bigg Boss 9. Yes, Sunny Leone who gained the popularity in India with her stint in Bigg Boss 5, will promote her upcoming adult comedy film ‘Mastizaade‘ on the show.

The actress, who was once a contestant of the show in season 5, will enter the house once again, but this time for the promotions of her upcoming film Mastizaade. Sunny Leone who was very much excited to be on the show again, will be seen having a gala time with the housemates inside the house.

We exclusively reveal, the actress will run some fun and interesting secrets tasks for the housemates. The sizzling actress will play a secret task with Rochelle Rao where she has to flirt with Prince and Rishabh. Sunny will run the entire secret task from the activity area of the house while Rochelle will follow it through secret headphones given to her.

Apart from the fun and entertaining task, Sunny also gives a secret task to Rochelle Rao in which she had to provoke Mandana Karimi until she gets frustrated and annoyed with her. Well, Rochelle Rao is quiet expert in the given job by Sunny Leone. Isn’t she? Will this create another fight between Mandana and Rochelle because of Sunny?

Do not miss the fun and sizzling tonight’s episode of Bigg Boss 9 with Sunny Leone!