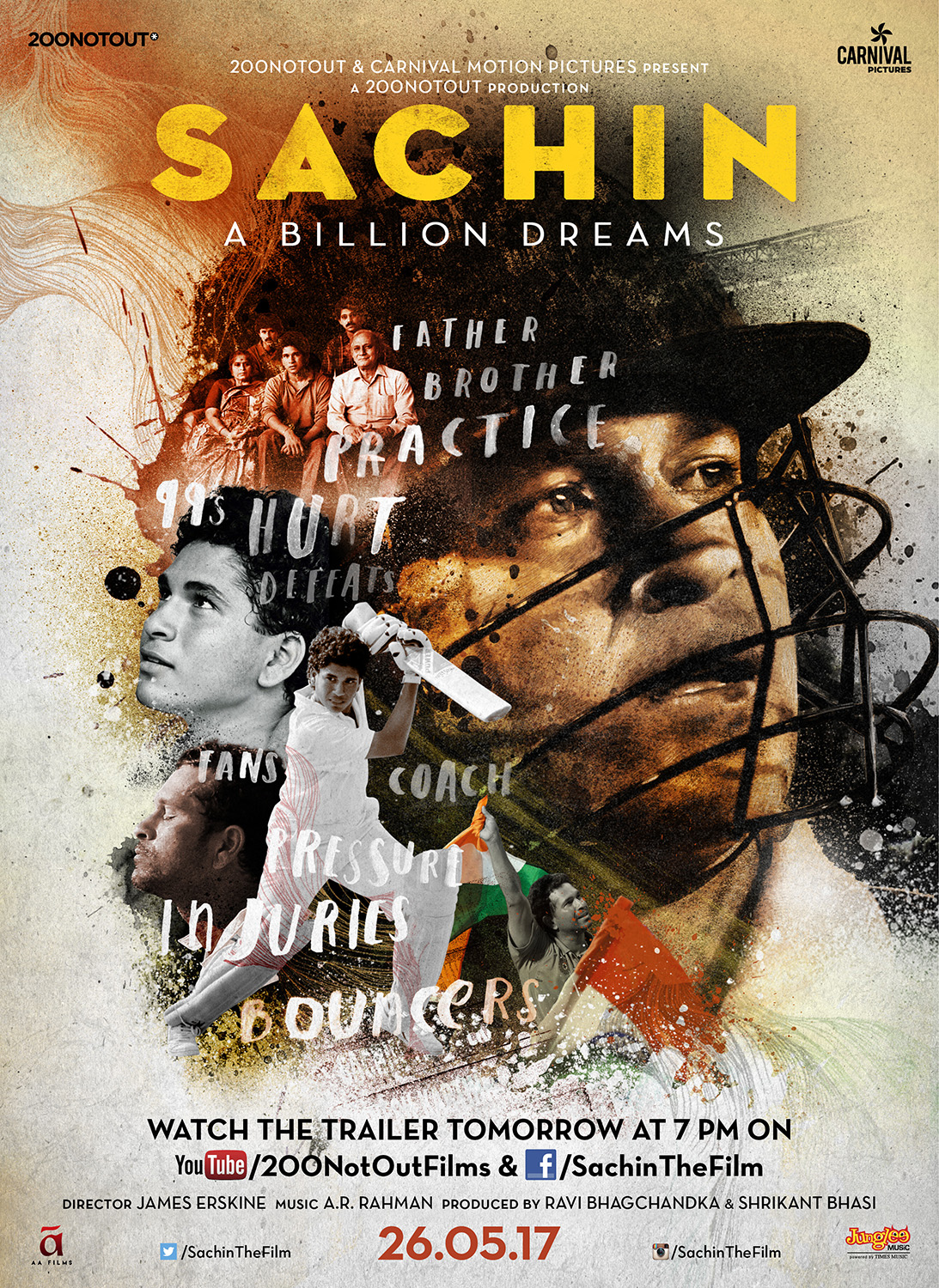 Poster of ‘Sachin: A Billion Dreams’ out!!

Sachin Tendulkar a global phenomenon, has been a name that inspires most of us. His journey from him playing cricket as a child to representing the nation in the sport has been another point of conversation amongst all his fans that spread across the globe!

Movie directed by James Erskine wraps up the wonderful journey of the virtual hero in his forthcoming film that is all set to come alive in theaters on 26th May. The makers of the film are all excited to present the trailer of same to the audiences on 13th April! The news is Sachin Himself will join the makers on this very special day and launch the promo unit along with the media personnel who will be gathered for the event.

The teaser of the film has already been put out that has Sachin himself narrating the story, it surely leaves one with much urge to experience the entire film. The film appears to be a sheer treat for all the fans of Sachin Tendulkar who can’t wait to watch the film.

The music of the film is being given by none other than the maestro himself, A.R Rahman.

The film is been directed by London-based award-winning writer, director James Erskine, Produced by Ravi Bhagchandka, 200 Not Out and Shrikant Bhasi, Carnival Motion Pictures. Film releases on 26th may 2017.