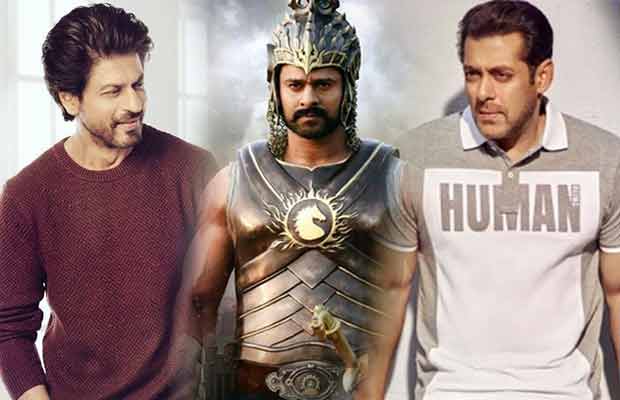 The promotions and interviews are lined up in a massive way before the release of Prabhas Baahubali: The Conclusion touted as the grandest of this year.

The Baahubali team including Prabhas, Rana Daggubati, DOP Senthil Kumar and director SS Rajamouli are currently in the city of dreams, Mumbai, for promotions.

Senthil Kumar at an event had said, “He (Prabhas) is today, the biggest star of India. He is bigger than any Khan or anyone. His film today will be probably the first film to cross Rs 1000 crore and I am so proud to be associated with him. Such a humble man he is.”

Prabhas, who is a megastar in Telugu film industry, gave an unexpected response to Senthil Kumar’s statement declaring him bigger than the Khans. Here’s what he said:

Prabhas, highly embarrassed by the words of praise by his DOP, said, “He (Senthil Kumar) just got really excited and said all of that.”

Rana, who has worked in Bollywood in films such as Dum Maaro Dum and Baby, doesn’t agree with Prabhas. He said, “From my perspective, he is the biggest action hero we have ever have and he is a huge star.”

Rana further elaborated, “With due respect to everybody, for an actor of his (Prabhas) caliber he is somebody right at the top. He is coming to Baahubali after about two to three really massive blockbusters. He has given about five years of his life to make cinema that big (Baahubali) and it is obviously Rajamouli‘s vision and all of that. He has stood like this pillar of strength for this film and unquestioning many things, believing that you are making the greatest product ever and that is hard to find many actors doing that at their level and that caliber. So yes, to me he is a huge star.”

Prabhas, who is truly humble, after the statement made by Rana too, was in constant denial and said, “He (Senthil Kumar) just got over excited after Baahubali was done and just blabbered something, there’s nothing like that.”

Isn’t this is a quality of a star in the true sense? Huge yet humble.