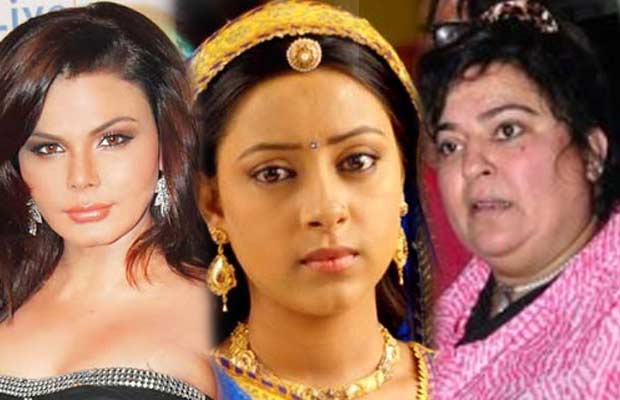 [tps_footer]Pratyusha Banerjee’s suicide case has taken a drastic turn. Pratyusha’s boyfriend Rahul Raj Singh is already suspected to be the driving force behind Pratyusha’s suicide. The two entities were in a live-in relationship and reports suggest that there were grave problems between the couple.

Not only did the relationship details about the couple come to the forefront, it was also reported that Rahul Raj Singh was cheating on the Balika Vadhu star. With many tricky revelations, there is another angle which has come up in the case.

Reports now suggest that serious action will be taken against actors Dolly Bindra and Rakhi Sawant by the CINTAA (Cine and TV Artistes’ Association). The reason for the same is that the two celebrities have made some inappropriate comments on the suicide of Pratyusha Banerjee.

Dolly Bindra went to an all-time low by recording the phone call of Pratyusha’s mother. The controversial star also clicked pictures of Pratyusha’s dead body. Moreover, Rakhi Sawant also stooped low on ethics when she hosted a press conference and urged the PM to ban ceiling fans. Rakhi reasoned out her stand by saying that ceiling fans are the cause of suicides.

Reports state that notices will be sent to Dolly Bindra and Rakhi Sawant for their insensitive behavior.[/tps_footer]