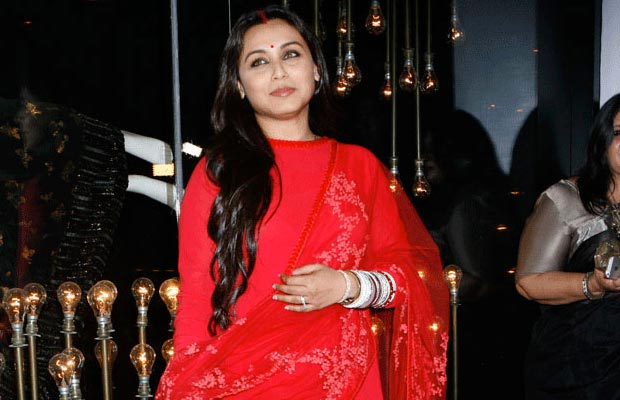 Bollywood actress Rani Mukerji who is expecting her first child was recently clicked having a gala time at Amitabh Bachchan’s Diwali bash, where who’s who of the B-town was present. Smiling, laughing and partying with everyone, Rani was seen in a glowy mood. Preity Zinta and Rani Mukerji’s selfie and bonding caught all the eyes while they were flaunting friendship goals at the Diwali party.

Reports also suggest that she was being discharged, but chose to rest in the hospital for a few more days as the baby’s room is being prepared at home and she wanted to be away from the dust and noise. Well, we hope to hear good news soon and wish for her good health!

Rani got married to Aditya in an intimate wedding ceremony this January in Greece which was quite a hush-hush affair. Now the actress is expecting her first child by January next year. We wish good wishes to the wonderful couple of Bollywood Aditya Chopra and Rani Mukerji for their upcoming bundle of joy!