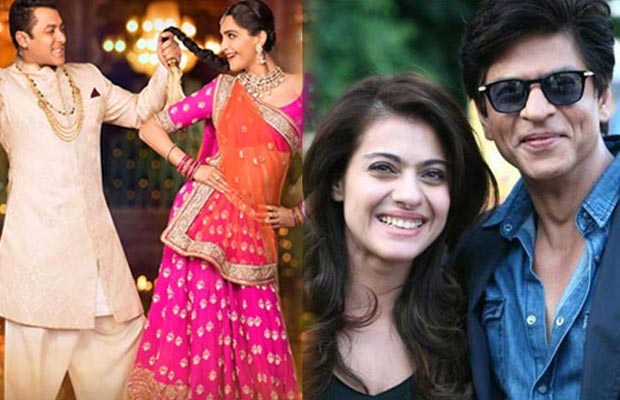 Bollywood’s latest release ‘Prem Ratan Dhan Payo’ has left lot of ground to be covered by the upcoming releases ‘Dilwale’ and ‘Bajirao Mastani’. The Salman Khan starrer film has very easily joined the 100 crore club and is steady heading towards the 200 mark. But all of that will not help to match this year’s box office performance to last year’s record. 2013 and 2014 have been financially better years for Bollywood and it looks like despite major releases this year, 2015 has proved to be unsuccessful commercially.

The cumulative total of Hindi films released in 2014 stood at Rs. 2740 crores net approx and in 2013 the number was Rs. 2790 crores net approx. Assuming that ‘Prem Ratan Dhan Payo’ touches the 200 mark soon, this year’s number stands at around Rs. 2200 crores which is way less compared to last two years. A shortfall of Rs. 540 has been left for the upcoming releases in November end and December, which will determine whether the said benchmark can be touched.

Usually films releasing on Eid, Diwali and Christmas have the burden to emerge as blockbusters and in Bollywood these three dates are ruled by the Khans. After Salman Khan’s commercial success during Eid with ‘Bajrangi Bhaijaan’, ‘Prem Ratan Dhan Payo’ has also performed excellently given the Diwali factor. Now the only major holiday left is around Christmas which will see two major releases a week before, that is ‘Dilwale’ and ‘Bajirao Mastani’.

Shah Rukh Khan starrer ‘Dilwale’ is already a highly anticipated film which will undoubtedly touch the 200 crore mark as speculations suggest. ‘Bajirao Mastani’ on the other hand has gained momentum through word of mouth as it stars young actors Ranveer Singh, Deepika Padukone and Priyanka Chopra with lot of fan following. Ranbir Kapoor and Deepika Padukone’s ‘Tamasha’ might also perform decently, but there is no holiday factor involved there.

Now only time will tell whether these future releases manage to cover the ground left by Salman Khan’s ‘Prem Ratan Dhan Payo’. A lot of hopes a riding on ‘Dilwale’ and ‘Bajirao Mastani’ set to release on December 18, 2015. Will 2015 surpass the records of 2014 and 2013? Only time will tell.