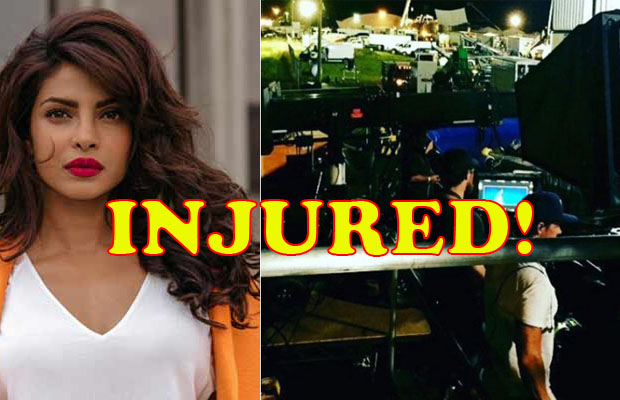 [tps_footer]Our desi girl Priyanka Chopra has been rocking the West! Just last week she has completed the final schedule of Quantico season 2 and now she has bid a goodbye to her first Hollywood movie Baywatch team. Unfortunately, Priyanka injured herself during the last day’s shoot. We never like to see any of our Bollywood divas going through any injuries, we just love to see them shining, successful and happy always. But, this time, it’s our PC who going through pain and injury and this tough girl has her own first aid kit,

After Aitraaz, we will get to see Priyanka Chopra playing a negative character on screen and it’s for Hollywood this time. She will play the gorgeous killer baddie in Baywatch who will try to break Dwayne Johnson‘s squad. It will be fun to watch and see the way our PC will take over this giant Rock who has always slammed his opponents in the WWE rings and has won multiple times World’s Heavy Weight Championships.

Last shoot for the Rock this night …. FILMING IS DONE!!!!!!! #Baywatch #baywatchmovie ? pic.twitter.com/pkO78Me7a9 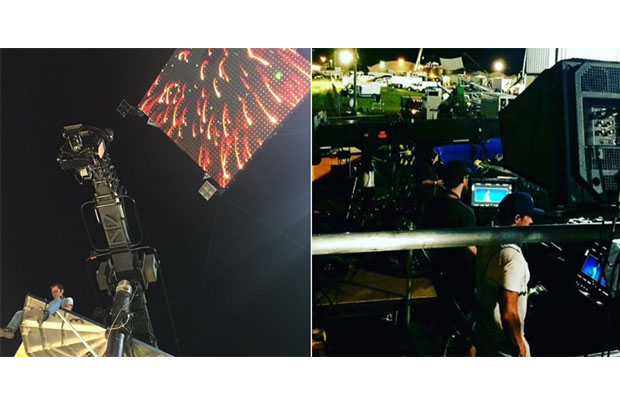 Both the Bollywood actresses Priyanka Chopra and Deepika Padukone are trying their best to be the next Bond girl and let’s see who will make it to the final cut but they are giving us more reason to love them and wait for their upcoming projects, especially in Hollywood.[/tps_footer]