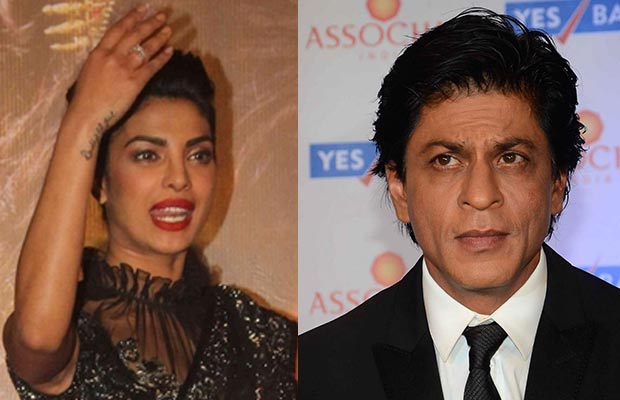 [tps_footer]Sanjay Leela Bhansali’s much talked magnum opus film Bajirao Mastani is all set to release tomorrow on December 18 and the film had ran into a trouble in Pakistan reportedly due to some scenes, but later the ban was removed.

Starring Deepika Padukone, Ranveer Singh and Priyanka Chopra in the lead roles, the film also ran into trouble in India after Shiv Sena MLA from Thane district Pratap Sarnaik had submitted a memorandum to cut some controversial scenes from the film. The film, which depicts the life of Maratha warrior king Bajirao Peshwa must have totally come out from the trouble, but Priyanka Chopra has raised her point towards the bans being imposed on the biopic film.

In her long tweet, Priyanka Chorpa writes, “I can’t help staying silent on this anymore.. It’s too sad to see how films and actors become political pawns! Bans based on baseless propaganda.. Holding films ransom just before they release so that publicity can be garnered for certain agendas by forcing a producer to their knees. How does no one speak up for what is right? How is this fair…”

Even earlier, Priyanka Chopra had raised her voice saying that nobody raised objections when the book, Rau, on which the movie is based on was published. She cleared how those two things are different. Priyanka who hardly participated in the promotions of the film explained how two things are different; there is difference between ‘inspired from history’ and ‘ based on history.

On the other hand, even Shah Rukh Khan’s film ran into a trouble when the Maharashtra Navnirman Sena (MNS) had issued a statement asking people to boycott SRK’s Dilwale as the actor “ignored the plight of farmers reeling under severe drought“. The statement also included that SRK is taking Maharashtra for granted and that SRK is not contributing to stop the suicide of poor farmers in Maharashtra.

With too much of negativity and trouble for both the films which are releasing tomorrow on the same date, is Priyanka Chopra also speaking in support of her ‘Don’ co-star SRK’s Dilwale? Priyanka also mentioned in her tweet, “I know I may get into trouble for saying all this but I can’t be a silent witness to character defamation based on opinions anymore.. That is not what, the India I grew up, taught me.”[/tps_footer]