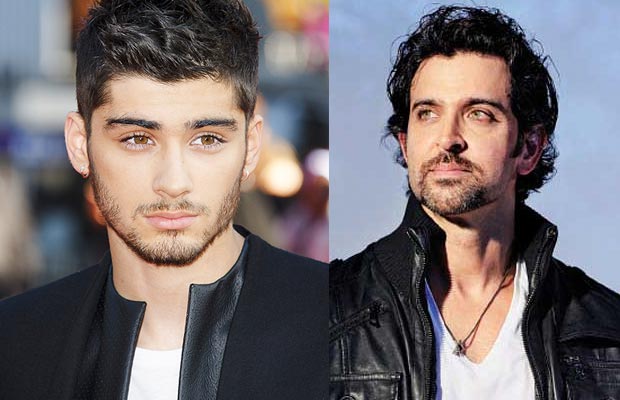 [tps_footer]While everyone is coming out with their top 10 popularity charts, Bollywood’s Greek God Hrithik Roshan has bagged the second position in the 50 Asia’s Hottest Men poll conducted by a UK based newspaper. The handsome hunk has left Shah Rukh Khan, Salman Khan and Shahid Kapoor behind this time.

Wondering who is on the 1st place? It’s none other than former One Direction member Zayn Malik. . The popular singer gained the top position in the “50 Hottest Asian Men In The World” list. From the 9th position last year, Zayn Malik has topped to 1st this year while Hrithik Roshan who was 1st till last year has come down one step.

None other than Pakistani actor Ali Zaffar has bagged the third position. Popular Indian TV stars Barun Sobti and Vivian Dsena have managed to impress and secure into the top 5.

Other Bollywood actors in the 50 Asia’s Hottest Men poll include Ranbir Kapoor, Varun Dhawan, Ranveer Singh, Akshay Kumar, Rana Daggubati and Emraan Hashmi. From the sports category, it is only Indian Cricketer Virat Kohli in the top 50 list.[/tps_footer]