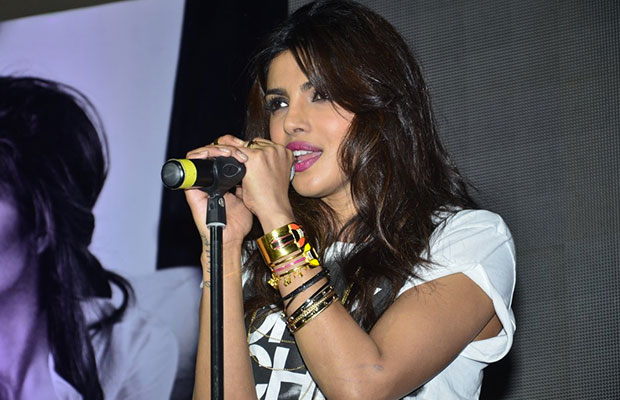 Priyanka Chopra who is rising high with every work she does. In Bollywood this actress was seen in the supporting role as Kasturi Bai in the film Bajirao Mastani and no doubt she did an excellent performance in the film. After achieving great success in Bollywood she is now gaining appreciation in the Hollywood. With Quantico series 2 in the running she will be seen in the most awaiting film Baywatch.

Priyanka Chopra who is gearing up for her Marathi debut film Ventilator will be seen doing an item number in the film, the reports are that this talented actress will also be singing for the respective item song.

The Marathi film Ventilator which will be produced by Priyanka Chopra’s home production Purple Pebble Pictures will be helmed by Rajesh Mapuskar. Priyanka Chopra who has a great voice will be crooning for the item song she is dancing on but that song will be used as the promotional track for the film.

Ventilator shooting kick started already in the month of February and she announce about it on her Twitter account.

Excited to see Priyanka Chopra grooving on the song she will be signing?